Study: Tamiflu Too Risky & Ineffective for Use by Children 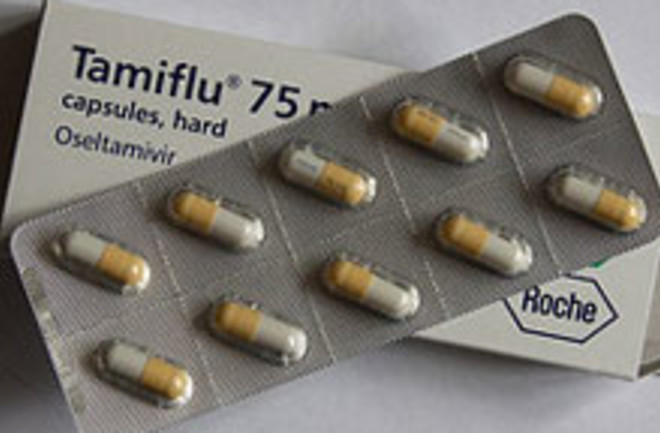 Antiviral treatments such as Tamiflu should not be administered to children under the age of 12 because the risks of the drugs outweigh the possible benefits in lessening symptoms of swine flu, according to a study published in the British Medical Journal. Although antiviral drugs can shorten the duration of the flu in children by an average of 1.5 days, they fail to fight certain effects of the infection, having little effect on the risk of asthma flare-ups, for instance. In fact, the drugs can bring dangerous side effects like vomiting, which can be dangerous because it puts children at risk of dehydration. In the research review, scientists

Although the study was based on clinical data collected from children with the seasonal flu, not swine flu, co-author Matthew

Thompson said there was no reason to think the conclusions would not also apply to the current relatively mild outbreak of swine flu [Reuters]. The most common side effects of Tamiflu were vomiting, nausea, and abdominal pain, while Relenza, an antiviral that is inhaled, most often caused nausea and headache, according to the study.

In regards to using the drugs to prevent the spread of swine flu, the researchers found that

13 people need to be treated to prevent one additional case, meaning antivirals reduce transmission by 8% [BBC], according to the study, a rather small effect. That indicates that antivirals should not be used prophylactically, but rather to alleviate symptoms in severe cases of flu in adults

More From Discover
Health
Are the Effects of Cannabis and Alcohol in the Body the Same?
The Sciences
DNA Ancestry Tests Can Expose Family Secrets
The Sciences
Your Body, the First 5 Minutes After You Die
Health
The Surprising History of the Bidet Started with the Wealthy and Brothels
Mind
What Is Dissociative Identity Disorder?
Health
Forget A "Twindemic," Experts Anticipate A "Tripledemic" This Winter
Recommendations From Our Store
My Science ShopDiscover STEM Kits
My Science ShopDiscover 2022 Calendar
My Science ShopStrange Science
My Science ShopElements Flashcards
Shop Now
Stay Curious
Join
Our List