Study finds people would rather electrocute themselves than spend 15 minutes alone with their thoughts. 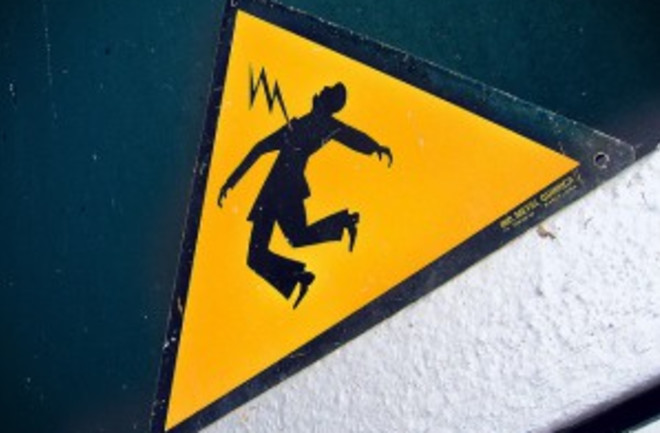 Photo: flickr/tomasfanoA lot of people these days talk about the importance of "disconnecting"--turning off your cell phone, not checking email, and just relaxing without distractions. Of course, if you've ever tried it, you probably found that living distraction-free is easier said than done. Well, according to this paper, you're not alone. This study--published in the tip top journal Science, no less--found that when participants were asked to spend 6 to 15 minutes in a room by themselves with no distractions, most had a very difficult time doing it. In fact, the authors found that "simply being alone with their own thoughts for 15 min was apparently so aversive that it drove many participants to self-administer an electric shock that they had earlier said they would pay to avoid." (Unsurprisingly, more men than women chose to shock themselves.) Why do people find it so difficult to spend time with themselves? The authors conclude with some thoughts on this question: "Research has shown that minds are difficult to control...and it may be particularly hard to steer our thoughts in pleasant directions and keep them there. This may be why many people seek to gain better control of their thoughts with meditation and other techniques, with clear benefits. Without such training, people prefer doing to thinking, even if what they are doing is so unpleasant that they would normally pay to avoid it. The untutored mind does not like to be alone with itself." Looking for something else to do after you've finished reading this article? Check out the links below!Just think: The challenges of the disengaged mind "In 11 studies, we found that participants typically did not enjoy spending 6 to 15 minutes in a room by themselves with nothing to do but think, that they enjoyed doing mundane external activities much more, and that many preferred to administer electric shocks to themselves instead of being left alone with their thoughts. Most people seem to prefer to be doing something rather than nothing, even if that something is negative." Related content: Flashback Friday: Ever wonder how much electricity your penis can take?NCBI ROFL: This little piggy went "Wee! Wee! Wee!" all while conducting electricity.NCBI ROFL: The clinical value of boredom. A procedure for reducing inappropriate sexual interests.