Stem Cells May Eventually Replace Needles for Some Diabetics 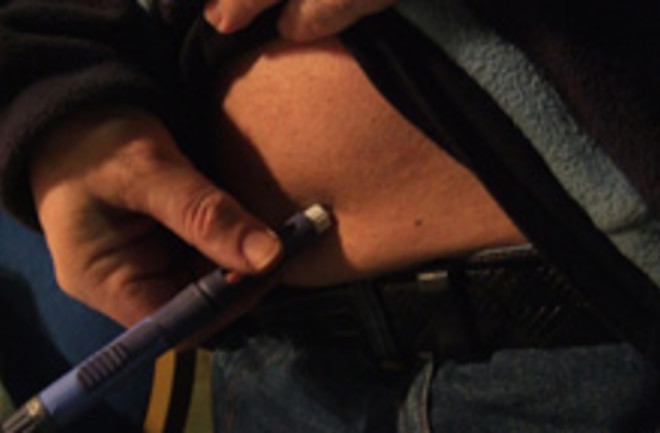 Stem cell transplants may free type I diabetics of the need for insulin injections, according to a small study in which 20 of 23 patients became insulin-free for up to four years. The study, published in the Journal of the American Medical Association, involvedinjecting people with stem cells made from their bone marrow cells [Reuters]. Twelve of the patients went for an average of 31 months with no insulin injections. Eight other study participants experienced “transient” insulin independence, meaning they had to start taking insulin again at lower levels [U.S. News and World Report].

The treatment was designed for patients newly diagnosed with type 1 diabetes, a condition that usually develops in childhood and occurs when the immune system goes haywire and starts attacking itself, destroying insulin-producing cells in the pancreas needed to control blood sugar [Reuters]. These beta cells are produced in a part of the pancreas called the islets of Langerhans. In the study, the stem cells were first frozen. The patients were next given a large dose of drugs to knock down their immune systems. The stem cells were then thawed and re-injected back into their bloodstream over about 15 minutes [Australian Broadcasting Corporation]. Over the following days, months, and years, researchers measured their patients’ levels of C-peptides, molecules that indicate how well the body is producing insulin. They found that the stem cell transplants resulted in higher C-peptide levels, indicating healthy beta cells.

The stem cells didn’t grow into new beta cells, researchers explain–instead, they grew into new immune system cells that did not attack the pancreas. Earlier this year, another team of researchers announced a similar stem cell procedure to treat multiple sclerosis, the disease in which the immune system attacks the central nervous system. In that experiment, stem cells drawn from patients’ bone marrow were also used to “reset” their immune systems.

Richard Burt, lead author of the current study, says he focused on patients newly diagnosed with the disease because “we wanted to make sure there were still some islets there. We don’t believe stem cells form islet cells, but if the islet cells are still there, there might be regeneration if we stop the attack soon enough” [HealthDay News]. The treatment is unlikely to work for patients after three months of diagnosis, because by that point the immune system has destroyed the body’s islet cells; nor will it help those with type 2 diabetes, because their bodies still produce insulin. And while the research is far from producing a cure for diabetes, the results are promising; restoring the body’s innate ability to produce insulin has been the holy grail of diabetes research [HealthDay News].

More From Discover
Health
Healthy Food Decisions Can Start at the Grocery Checkout
Health
How Extreme Heat Can Kill
Health
There’s PFAS in Our Water. How Do We Get Them Out?
Health
This Taste-Related Protein May Lead to New Diabetes Treatment
Health
Deep, Slow Breathing: An Antidote to Our Age of Anxiety?
Health
How the 'First 1,000 Days' Could Shape Your Baby's Future
Recommendations From Our Store
My Science ShopDiscover STEM Kits
My Science ShopDiscover 2022 Calendar
My Science ShopStrange Science
My Science ShopElements Flashcards
Shop Now
Stay Curious
Join
Our List