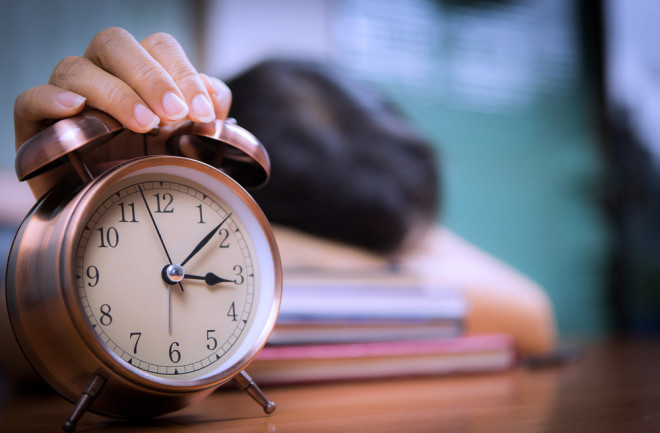 Ah, adolescence. A time of change, of navigating awkward social situations, figuring out who you are, maybe holding down that first job or focusing on extracurriculars — all while juggling the demands of school. And for most teens, managing all of this happens on too little sleep.

To help alleviate the lack of Z’s, experts in the U.S. have been pushing for school systems across the country to roll back the start times for middle and high school students. Now, a new paper in the journal Science Advances (titled, in part, "Sleepmore in Seattle") could help throw some more weight behind that push.

Sleep researchers have known for decades that the circadian rhythm — the natural sleep/wake cycle — of teens is different from those of kids and adults. Normally, our bodies release certain hormones that play a big role in helping us wake up and feel drowsy at certain times. But for teenagers, this hormone release schedule gets pushed back, so they tend to stay up and wake up later.

Despite this biological difference, school start times for teens, especially those in high school, are usually earlier than for younger kids. Which makes it tough for teens to stay focused in school.

“To ask a teen to be up and alert at 7:30 a.m. is like asking an adult to be active and alert at 5:30 a.m.,” says Horacio de la Iglesia, a biology professor at the University of Washington and one of the study’s authors, in a press release.

But recently, many school districts have been toying with having their start times better align with adolescents’ internal clocks. In the fall of 2016, Seattle Public Schools committed to the idea and changed the start time of all of its high schools from 7:50 a.m. to 8:45 a.m.

Capitalizing on this switch, which took over a year of planning, researchers from UW and the Salk Institute for Biological Studies followed the sleep cycles of two group of students from two of the high schools for two weeks. In group one were roughly 90 pupils from both schools; the research team tracked them before the start time switch. But the second group, again made up of around 90 students from both schools, weren’t monitored until after the change. Regardless of group, each teen wore a wristband that tracked light and activity levels every 15 seconds to help the scientists pinpoint when they were asleep.

Though many critics of later school start times argue teens will just stay up even later, that wasn’t the case here. Generally, the students still went to bed around the same time. The end result was that they got more shuteye on weeknights when classes started later, going from sleeping six hours and 50 minutes, on average, to seven hours and 24 minutes.

It’s still not the recommended minimum of eight hours per night that health experts recommend, but it’s an improvement. A significant one, according to the researchers. It’s “a huge impact to see from a single intervention,” says de la Iglesia.

A Spark for Change

de la Iglesia and his team hope the results they’ve seen will push more school administrators to follow the lead of districts like Seattle that have been willing to give the adjusted schedule a go.

“School start time has serious implications for how students learn and perform in their education,” he says in the press release. “Adolescents are on one schedule. The question is: What schedule will their schools be on?”