We report new data on 155 individuals from four Tamil caste populations of South India and perform comparative analyses with caste populations from the neighboring state of Andhra Pradesh. Genetic differentiation among Tamil castes is low...reflecting a largely common origin. Nonetheless, caste- and continent-specific patterns are evident. For 32 lineage-defining Y-chromosome SNPs, Tamil castes show higher affinity to Europeans than to eastern Asians, and genetic distance estimates to the Europeans are ordered by caste rank. For 32 lineage-defining mitochondrial SNPs...Tamil castes have higher affinity to eastern Asians than to Europeans. For 45 autosomal STRs, upper and middle rank castes show higher affinity to Europeans than do lower rank castes from either Tamil Nadu or Andhra Pradesh. Local between-caste variation...exceeds the estimate of variation between these geographically separated groups...Low, but statistically significant, correlations between caste rank distance and genetic distance are demonstrated for Tamil castes using Y-chromosome, mtDNA, and autosomal data.

I don't want to get too hung up on the specific conclusions made in this paper about caste X in South Indian state Y. Rather, look at these neighbor-joining networks derived from various types of genetic data: 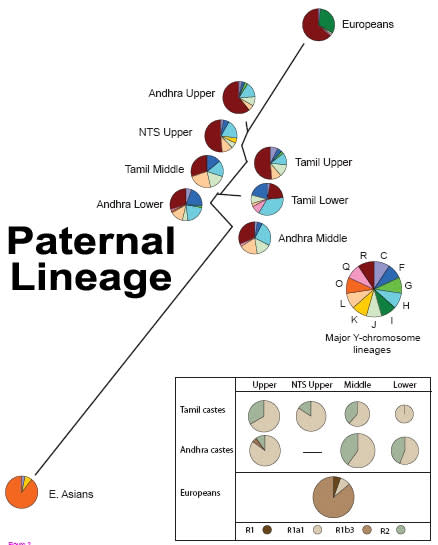 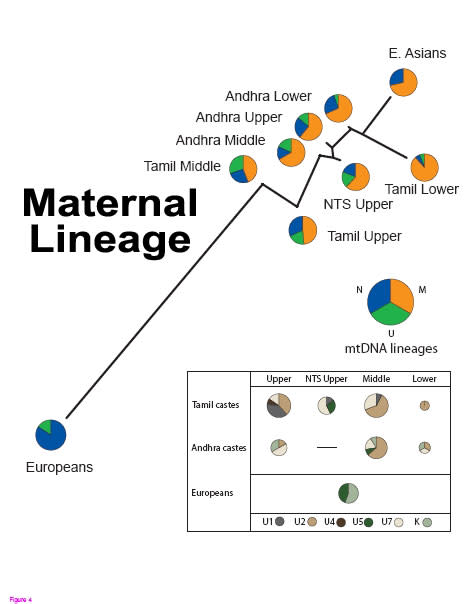 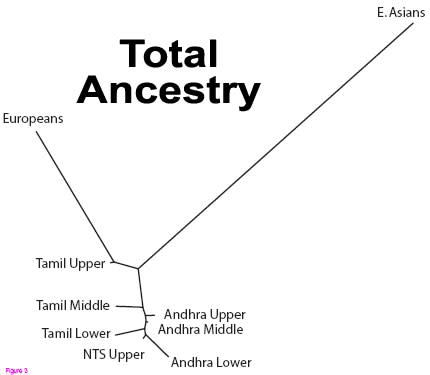