So Much Radioactive Waste, So Little Time 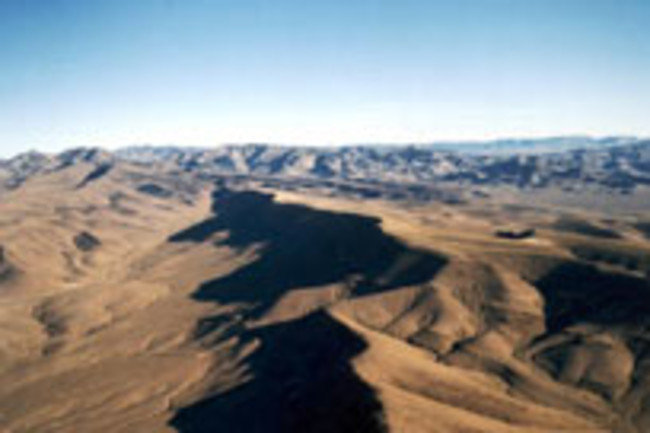 It's been a big news week for nuclear waste, with most of the attention going to the Department of Energy's announcement that it has at long last submitted an application to open a nuclear waste repository in Nevada's Yucca Mountain. After two decades of planning, the application nudges the project a little closer to reality, but there's a long way to go yet. Nevada officials remain violently opposed to the "nuclear dump," and lawsuits are inevitable. The Department of Energy says that the repository won't be ready to open until 2020, at the earliest. Meanwhile, in a laboratory in Tennessee, the Energy Department is trying to clean up an aging nuclear waste cache left over from the Cold War, only to have its own inspector general declared the waste a "national resource" because of its potential use in cancer treatments. Best to start with the mountain, and the mountain of paperwork. Yesterday, the government delivered the 8,600-page application to the Nuclear Regulatory Commission, trying to prove its contention that the storage facility could safely hold the 70,000 metric tons of waste into the indefinite future.

To get the license, the government has to show — with computer models — that the repository won't leak dangerous amounts of radioactive material into the groundwater over the ages. No decision has been made as to how far into the future this rule must hold true, but the Environmental Protection Agency is considering a proposal that would require compliance 1 million years from now. Some scientists say it could be hard to prove anything that far out reliably [NPR].

In a speech, Energy Secretary Samuel Bodman touted nuclear energy's ability to meet the country's growing energy demand without pumping out the greenhouse gas emissions that cause global warming, and said that a permanent waste storage facility is critical to the nuclear industry's hopes to expand. But Nevada officials say the government's application is incomplete, and doesn't make a full account of the dump's potential health and environmental consequences; they say they'll ask to have it thrown out immediately.

The notion that the dump would be safe is implausible, said Victor Galinsky, a former NRC commissioner and now a Nevada consultant. The plan hinges on the use of titanium and palladium drip shields to protect waste canisters buried underground from water flowing through Yucca Mountain's porous rock. The Energy Department plans to install about 11,000 drip shields, each weighing five tons, using robots 100 to 300 years in the future when the repository would be sealed. "It is pie in the sky," Galinsky said. "These people have lost track of reality" [Los Angeles Times].

While no one seems to want the waste that's intended for Yucca Mountain (utilities that are storing it temporarily have sued the federal government to get it taken away), the little radioactive deposit in Tennessee's Oak Ridge National Laboratory has a slightly more desirable sheen. The material, uranium 233, can be used as fuel in nuclear weapons, and in 2005 Congress ordered the Energy Department to dispose of the dangerous stockpile. But the inspector general's new report throws a wrench in that plan. Uranium 233 breaks down into two isotopes that could have great potential as cancer treatments, the report notes. What distinguishes both of these [isotopes] for cancer treatments is that as they decay into new materials, they emit alpha particles. These particles can be superior to the standard form of radiation used to treat cancer, gamma rays, because the rays travel long distances through tissue and damage many cells, while the alpha particles have very short trajectories, and carry relatively huge amounts of energy.

“A single atom delivered to a cancer cell can kill that cell,” said Dr. David A. Scheinberg, chairman of the experimental therapeutics center at Memorial Sloan-Kettering Cancer Center in New York. “Nothing else approaches that” [The New York Times].