Sleep Flushes Toxins From the Brain 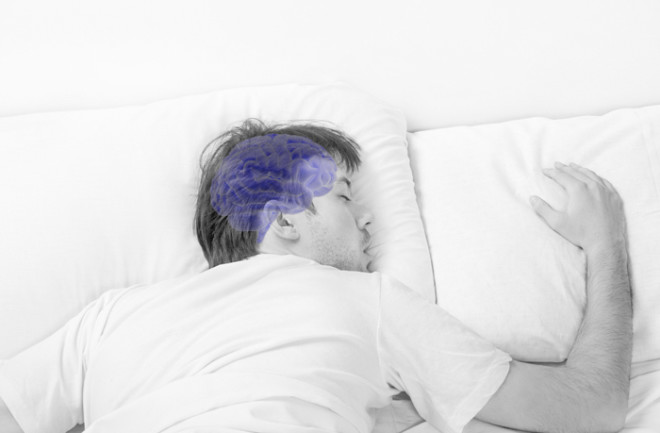 Sleep doesn’t just clear your head. Scientists now say it literally flushes out waste and toxins that build up in your brain during the day. And your brain needs this beauty sleep more than you might think.

Neuroscientists peeked into the brains of conscious and unconscious mice using a technique called two-photon microscopy. When the mice drifted off, their brain cells actually shrank, expanding the spaces between them by 60 percent. That’s when cerebral spinal fluid flowed in and cleaned the pipes. As the Guardian explains,

During sleep, cerebral spinal fluid is pumped around the brain, and flushes out waste products like a biological dishwasher. The process helps to remove the molecular detritus that brain cells churn out as part of their natural activity, along with toxic proteins.

Plumbing in the Brain

This process is facilitated by the the glymphatic system, which the same group of researchers identified last year, as the BBC describes,

Their findings build on last year’s discovery of the brain’s own network of plumbing pipes – known as the glymphatic system – which carry waste material out of the brain.

Scientists, who imaged the brains of mice, showed that the glymphatic system became 10-times more active when the mice were asleep.

This plumbing system is specific to the brain, since toxin-flushing in the rest of the body is carried out by the lymphatic system, which can’t get its cleaning powers past the blood-brain barrier. And it’s an energy-intensive process, which is probably why you’ve got to be zonked out for it to work. As described in The Verge,

“You can think of it like having a house party,” says Maiken Nedergaard, the study’s lead author. “You can either entertain the guests or clean up the house, but you can’t do both at once.”

Housecleaning, as we all know, is a hassle. It’s time-consuming and exhausting and not always at the top of our daily priority lists. But in the case of the brain, it definitely should be. Putting off sleep and the cleaning that comes with it can have lousy longterm effects, according to the findings published in Science this week. The accumulation of waste products in the brain is thought to lead to Alzheimer’s disease and other forms of dementia. According to NPR,

One of the waste products removed from the brain during sleep is beta amyloid, the substance that forms sticky plaques associated with [Alzheimer’s] disease. That’s probably not a coincidence, Nedergaard says.

“Isn’t it interesting that Alzheimer’s and all other diseases associated with dementia, they are linked to sleep disorders,” she says.

So in addition to keeping you bright-eyed and bushy-tailed, sleep will keep your gray matter in tip-top shape, too.