Simple Facial Scans Reveal How Fast a Person Is Aging 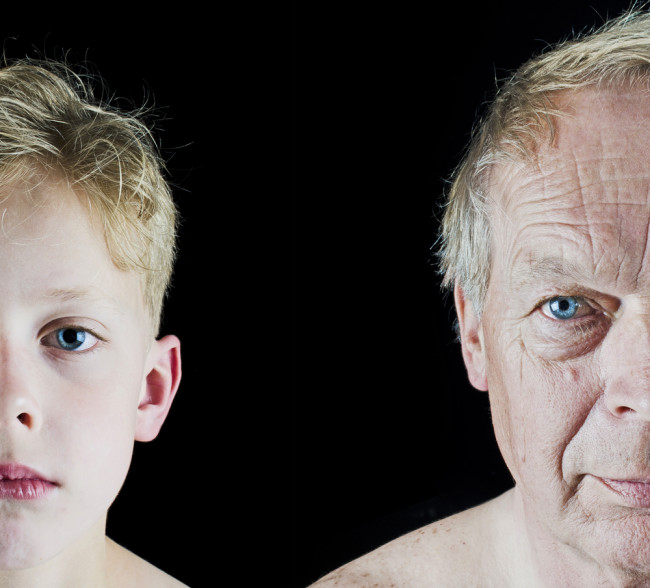 Aging is a fact of life, but at the physiological level we don't all age at the same rate. So how to determine our bodies' overall wear and tear? Researchers have found that simple 3-D image scans of people’s faces can determine a person’s “biological age" more reliably than blood samples can. This technology could help doctors assess patients' risk of age-related diseases and evaluate the efficacy of treatments.

When Things Start to Sag

To track how aging is written on our faces, scientists studied 332 Chinese individuals, in a range of ages from 17 to 77. Using facial photos researchers mapped each face's biological landmarks like the eyes, nose and mouth as reference points. By measuring the distances between facial landmarks in young and old people, reliable patterns of aging emerged. As people get older, researchers found, the mouth elongates and the nose becomes wider, the corners of eyes droop, and the face starts to sag as fat accumulates in the cheeks. Four measurements — mouth width, nose width, mouth-nose distance and eye droop — were key indicators, shared by both sexes, of the aging process at work. What's more, when these data were compared with the participants' blood work, scientists found that facial features were more significantly correlated with chronological age than the most commonly used blood markers. And importantly, aging-related facial changes were gender-neutral in their predictive ability, whereas blood tests are not. Researchers therefore say facial features are more stable, reliable markers of aging than blood tests. Researchers published their results Tuesday in the journal Cell Research.

Taking their work a step further, researchers investigated the outliers: fast-agers and slow-agers. Blood work done on these individuals proved that the facial scans didn’t lie. Young people with old faces were indeed aging faster in the rest of their body, and the opposite was true for older folks with young faces. That means that face scans could be a non-invasive, simple way for doctors to check in on the health of their patients. Knowing a person's "biological age" is important for predicting the onset of age-related diseases such as cancer, diabetes, cardiovascular disorders, and neurodegenerative diseases. Further refinement would be needed. For instance, although the face scanning technique worked well with a sampling of Chinese people, it’s not clear if the same indicators are present in other ethnic groups. But the results indicate it's worth looking for those indicators — because important information about our health could be written all over our faces.