Dan MacArthur already posted some of the supplementary figures from Signals of recent positive selection in a worldwide sample of human populations, but he didn't put up one that I thought was really striking. The text:

First, there is extensive sharing of extreme iHS and XP-EHH signals between Europe, the Middle East, and Central Asia, while overlap between other regions is much more limited. In fact, 44% of the genomic segments in the 1% tail of iHS in Europe fall in the 5% tail for both the Middle East and Central Asia (89% are shared between Europe and at least one of these two), while only 12% of European signals are present in East Asia by the same criterion. Second, XP-EHH signals seemto be shared on a larger geographic scale than iHS signals.

Below the fold the figures. Rather stark. 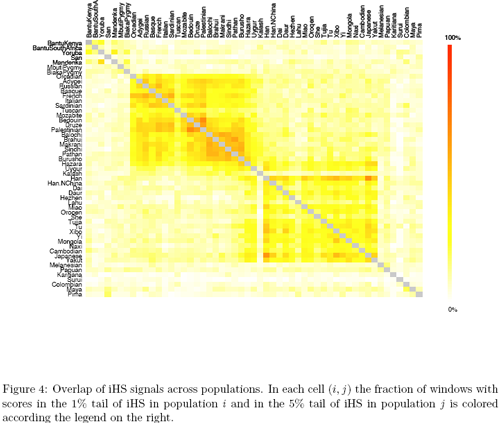 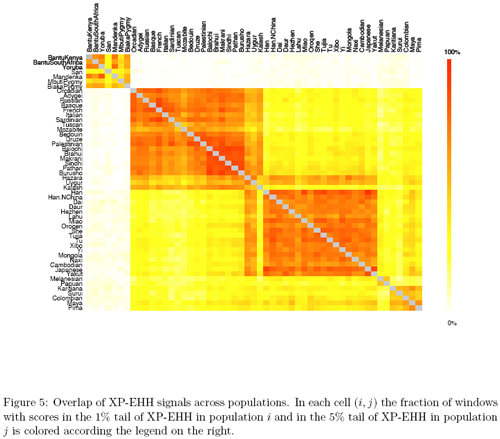