Should Boys Be Given the HPV Vaccine? The Science Is Weaker than the Marketing 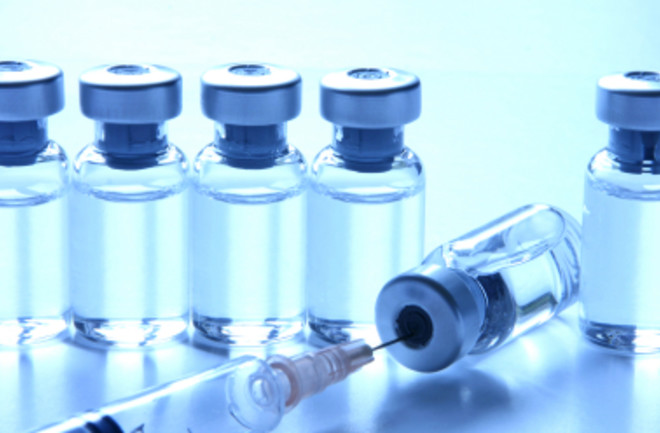 Merck’s promotion of Gardasil, its vaccine against the human papilloma virus (HPV), has a complicated history. First there was the exuberant claim about its reputedly great effectiveness in preventing cervical cancer. Now comes the recommendation last month from the Centers for Disease Control and Prevention, that all 11- and 12-year-old boys should be given the vaccine. Of Science and Truthiness

The vaccine for boys is important, say advocates, because reducing HPV in boys will reduce transmission to girls and women---only 32 percent of whom have been getting the shots to date. Giving the shots to boys, they say, promotes gender equity. As a bonus, the vaccine may protect against oral and anal cancers in men who have sex with men. Since a key part of the rationale for vaccinating boys is to protect girls, it’s worth a moment to examine the claims about reducing cervical cancer deaths. Merck won approval for Gardasil from the Food and Drug Administration in June 2006. On May 10, 2007, Merck published the results of a study in the New England Journal of Medicine that claimed an astounding 98 percent efficacy in preventing changes in the cervix used as a marker for cervical cancer. But that statistic begs closer examination. To achieve the 98 percent efficacy claim, Merck excluded from analysis anyone who “violated” the study protocol. In other words, all real-world problems that arose were excluded from analysis. Problems like girls who refused to take a second or third shot after they became sick and (correctly or incorrectly) blamed the vaccine. Or doctors who incorrectly gave the vaccine to someone who shouldn’t have received it. While it's worth knowing how effective the vaccine is when it's used exactly as it should be, for a public-health decision, it's not as relevant as its real-world effectiveness. To Merck’s credit, they reported that when all women in the study were analyzed, the vaccine’s efficacy dropped to 44 percent. Still, 44 percent might be considered a smashing success when you're talking about saving lives. Except for one thing: the numbers get worse. The 44 percent benefit included only those women with the two specific cancer-causing HPV strains found in the vaccine. But when the researchers looked at negative cervical changes from any causes, they found that changes occurred in unvaccinated women at a rate of 1.5 events per 100 person-years, while vaccinated women had 1.3 events---dropping the benefit to 17 percent. Moreover, most of the cervical changes tracked by the researchers weren’t even indicative of cervical cancer in the first place. Most were innocent cellular abnormalities that either disappear entirely on their own, or never progress to cancer. In fact, when they looked more closely at advanced cervical changes most likely to progress to cancer versus more innocent changes that go away spontaneously, it was the innocent changes that accounted for the decline. Whether Gardasil will reduce cervical cancer deaths in real-world conditions has simply never been answered. It might---but that would take a long-term study, and one that should be done before it’s widely promoted. A Cure in Need of a Disease

Now, come the boys. If cervical cancer prevention and gender equity don’t have you jumping out of your seat to grab every preteen boy to get a shot, what about the claim that Gardasil might prevent anal and oral cancers men may get from having sex with other men? Merck says that in males, the vaccine is 89 percent effective against genital warts and 75 percent effective against anal cancer. On closer inspection, some of the numbers don’t just deflate, they evaporate. First off, let’s define the problem: The annual number of deaths from anal-rectal cancer among all men in the U.S. is 300. And how did Merck get its happy statistics on efficacy? Once again, they reported an idealized benefit by excluding from analysis 1,250 study violators out of 4,055 total test subjects. When the real-world analysis was conducted, the numbers plunged---right down to plum nothing. After evaluating tissue changes in male genitalia that were suggestive of a cancer precursor, Merck reported that vaccine efficacy against such lesions "was not observed." Given this, is it worth the risk of exposing millions of youth to the as yet uncertain harms of the vaccine? The CDC states that in rare instances, some vaccines may trigger the potentially fatal and paralyzing condition Guillain-Barré, and Nizar Souayah, MD, of the University of Medicine and Dentistry of New Jersey in Newark, says he and his colleagues found “clear evidence from our database of an increased incidence of Guillain-Barré syndrome in the first six weeks, especially the first two weeks, after [HPV] vaccination.” Guillain-Barré is very rare, even among people who are HPV vaccinated, but the problem is emblematic of the downsides of subjecting millions of people to any medical treatment. Mo’ Money, Mo’ Money, Mo’ Money So how did the HPV vaccine become a multi-billion-dollar winner for Merck? Well you might not be surprised to hear that the company happily lavished money on doctors, professional societies, and over 100 legislators. Of course, there is no tie between the recipients of this largesse and their promotion of the vaccine, say beneficiaries like presidential candidate and current Texas governor Rick Perry. In 2007, Perry signed an executive decree mandating that all girls in Texas receive the vaccine. The $28,500 Perry received was minor compared to his other connection to Merck: Perry’s chief of staff, Mike Toomey, became a lobbyist for Merck, championing the HPV vaccine. Once in that position, announced his plans to raise over $50 million for Perry’s presidential campaign. In any case, the marketing certainly doesn’t seem to have hurt the adoption of Gardasil, which has been administered to millions of girls around the country. Caught up in the joy, some 41 state legislatures have initiated bills to promote or mandate the shots for all girls. With the CDC’s new recommendation for boys, one can imagine that promotion or mandates for them might come next. Fortunately, some researchers don’t believe the hype. Dr. Diane Harper, one of the lead researchers in the development of the HPV vaccine, recently told the Kansas City Star, the vaccine for boys is “pie in the sky…We’re short of health care dollars. Why should we spend it on that?” Indeed. There are better ways to spend the billions of dollars currently being spent on HPV vaccines. First, we already have a pretty terrific way to prevent most cervical cancer deaths, and it’s called the Pap smear. Since poor women are less likely to get Pap smears and more likely to die from cervical cancer, we could start by extending medical services to them. Second, many oral cancers are caused by smoking, and men and women who smoke are more likely to die of oral and cervical cancer, so we could invest in smoking cessation efforts. As Angela Raffle, a specialist in cervical cancer screening, told the New York Times' Elisabeth Rosenthal, “Oh, dear. If we give it to boys, then all pretense of scientific worth and cost analysis goes out the window.” Unfortunately, the hope that we would undertake low-tech, high-yield public health efforts might be the real pie in the sky thinking. Full disclosure: I am not anti-vaccine. I’m happy to sport that little scar on my thigh from the smallpox vaccine I received as a kid. Smallpox is a scourge I can live without. Nor do I believe that every claim of calamity occurring after a vaccine is due to the vaccine. What I question is the promotion of vaccines, drugs and medical devices that aren’t backed up by solid clinical evidence and shown to be cost-effective in the real world.

Jeanne Lenzer is a medical investigative journalist and frequent contributor to the British medical journal BMJ. Her work has been published in The Atlantic, The New York Times Magazine, Newsweek Japan, and many other outlets.