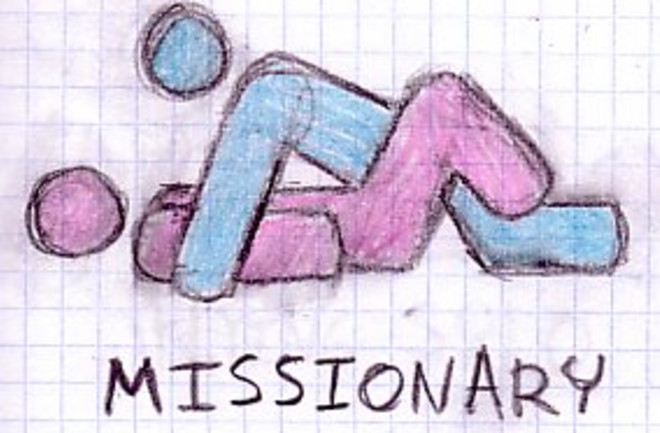 Image: flickr/kait jarbeauChronic back pain is the worst, while having sex is the best! But what if having sex makes your back pain worse? Well, if you're a man, take heart! A crack team of Canadian scientists set out to determine which sexual positions are most and least likely to worsen back pain. To do this, they observed ten heterosexual couples having sex in a variety of positions, and they measured the movements of the man's back in each. The verdict? Well, it depends on the type of back problem you have. But if you are one of the many men with flexion-intolerant back pain, you might want to try "Quadruped 1", with your partner on his or her elbows and knees in front of you. Good luck!Male spine motion during coitus: implications for the low back pain patient. "STUDY DESIGN: Repeated measures design. OBJECTIVE: To describe male spine movement and posture characteristics during coitus and compare these characteristics across 5 common coital positions. SUMMARY OF BACKGROUND DATA: Exacerbation of pain during coitus due to coital movements and positions is a prevalent issue reported by low back pain patients. A biomechanical analysis of spine movements and postures during coitus has never been conducted. METHODS: Ten healthy males and females engaged in coitus in the following preselected positions and variations: QUADRUPED, MISSIONARY, and SIDELYING. An optoelectronic motion capture system was used to measure 3-dimensional lumbar spine angles that were normalized to upright standing. To determine whether each coital position had distinct spine kinematic profiles, separate univariate general linear models, followed by Tukey's honestly significant difference post hoc analysis were used. The presentation of coital positions was randomized. RESULTS: Both variations of QUADRUPED, mQUAD1 and mQUAD2, were found to have a significantly higher cycle speed than mSIDE (P = 0.043 and P = 0.034, respectively), mMISS1 (P = 0.003 and P = 0.002, respectively), and mMISS2 (P = 0.001 and P < 0.001, respectively). Male lumbar spine movement varied depending on the coital position; however, across all positions, the majority of the range of motion used was in flexion. Based on range of motion, the least-to-most recommended positions for a male flexion-intolerant patient are mSIDE, mMISS2, mQUAD2, mMISS1, and mQUAD1. CONCLUSION:Initial recommendations-which include specific coital positions to avoid, movement strategies, and role of the partner-were developed for male patients whose low back pain is exacerbated by specific motions and postures." Related content: NCBI ROFL: How do alligator erections work? NCBI ROFL: Rectal salami. NCBI ROFL: Frequency of pubic hair transfer during sexual intercourse.