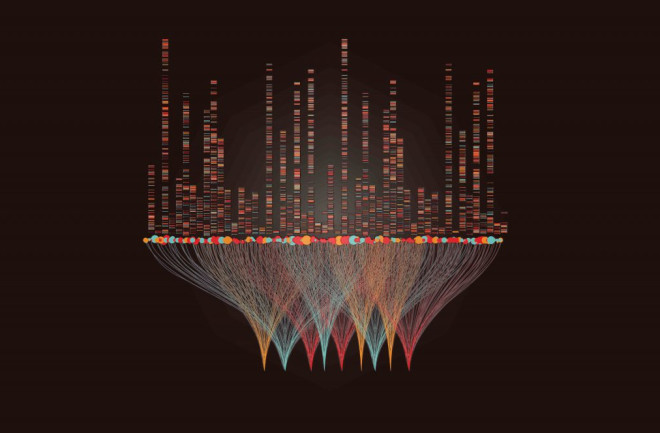 At first, it was just Mendel and some pea plants. In the 150 years that followed, matching pairs of chromosomes were labeled, As, Ts Cs and Gs were coupled off and, ultimately, 3 billion base pairs were sequenced in the correct order. By the end of the decade-long global effort known as the Human Genome Project, the genetic blueprint of life was finally sketched out.

Now, a smattering of scientists are joining forces in pursuit of a similarly expansive, multidisciplinary goal: The ability to write and test whole genomes.

In a paper published in the journal Science last Thursday, a group of researchers outlined a technological roadmap toward a future in which synthesizing entire genomes is as commonplace as DNA sequencing is today. The roadmap is part of an initiative called Genome Project-write, which is coordinating the efforts of scientists worldwide to synthesize the DNA of different organisms. And the authors say this ability to design entire genomes could completely transform the fields of medicine, agriculture, industry and more.

A Long Road Ahead

Advances in synthetic biology — a field that applies engineering principles to biology — have skyrocketed in the past decade. There’s been a massive influx of DNA sequencing companies. And scientists have discovered new molecular tools that can edit genes in living organisms.

But the paper’s authors, including Harvard University genomics pioneer George Church, say we have yet to understand the full scope, and potential, of synthetic biology. The reality of tinkering around with life’s coding to create organs, cure diseases or cultivate nutrient-dense crops may seem tantalizingly close. However, the authors argue that there are still major technological hurdles to overcome before that gene-edited future is fully within our grasp.

“We are [theoretically] capable of making synthetic genomes,” said lead author Nili Ostrov, a genetics researcher at the Harvard Medical School. “We are just not bringing all of the tools [that currently exist] together.”

The authors identified four main areas of technology development needed to fully realize that potential: genome design, DNA synthesis, genome editing and creating synthetic chromosomes that can be introduced into cells. They say the latter, which involves stitching together all the bits of DNA to construct a functioning chromosome, may be the hardest to overcome.

“Each one of [these areas] has their own set of challenges,” said Ostrov. “But the one area that needs the most basic development and new ways of doing things is probably [chromosome construction].”

The estimated timeframe for specific tech advances within these areas — designing a virus-proof chromosome, for example — ranges anywhere between two and 10 years. The authors also acknowledge that, in contrast to more developed fields, synthetic genomics is still in its infancy. That means any predictions about timelines and costs remain “highly speculative.”