It comes down to the sympathetic nervous system and a common hormone. 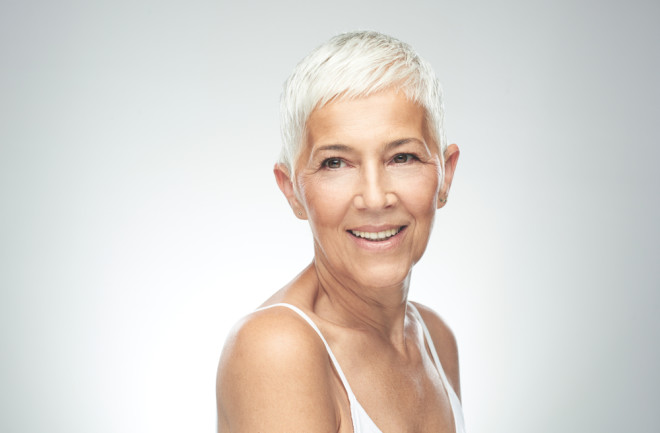 Stress and other factors can turn our hair gray. (Credit: Milan Ilic Photographer/Shutterstock)

It's a well-burnished saying: Stress makes your hair turn gray. But is there actually a correlation between stress and losing the natural color of your locks?

According to a study published today in Nature, there is, in fact, a direct link between stress and graying. Over the past two decades, researchers have found preliminary evidence that stress plays at least a small role in initiating the graying process. But our understanding of how that works has been murky — until now.

It hinges on melanocytes, pigment-making cells that give our hair its color. Scientists knew losing these cells in hair follicles robs hair of its luster, but they had yet to pin down the mechanism responsible for triggering the depletion of melanocytes. Now, scientists finally have an answer: the fight-or-flight response.

The answer wasn’t so easy to pin down, says Ya-Chieh Hsu, a stem cell biologist at Harvard University. For example, the researchers first assumed that hair graying was driven by a reaction from the immune system or the release of stress hormones.

But after removing immune cells and stress hormone receptors in mice, they were surprised to find that the animals' coats still turned gray after being injected with resiniferatoxin, a compound that causes pain and stress. Instead of the immune system or stress hormones, researchers found the actual culprit was the sympathetic nervous system, responsible for the fight-or-flight response.

“When we eventually realized the sympathetic nervous system was driving the process, that was really a surprise,” Hsu wrote in an email.

Sympathetic nerves stimulate hair follicles — for example, they're responsible for the goosebumps we get due to a scare or a cold breeze. But when we're stressed, the sympathetic nervous system triggers the release of a chemical called noradrenaline that primes us for action. It's good in situations where we need to be physically roused, but has an unfortunate side effect for our hair.

Noradrenaline, the researchers found, causes melanocyte stem cells to differentiate and eventually move away from hair follicles. The result is a gradual depletion of melanocyte cells, and the loss of the color they provide.

While Hsu says the mechanisms of hair graying work about the same in mice and humans, she notes that stress might not be the only thing causing us to lose our hair color. It's hard to tell how big of a role other factors, such as age, might play in causing us to lose pigment.

As we age, our hair can also turn gray as we lose melanocytes, though it's not necessarily because of stress.

But the research does open the door to a better understanding of how other stem cells in the body are impacted by stress.

“Once stem cells are gone, they are gone,” Hsu wrote in an email. “That’s why it is so important to understand how stress affects stem cells, because the changes will be permanent.”