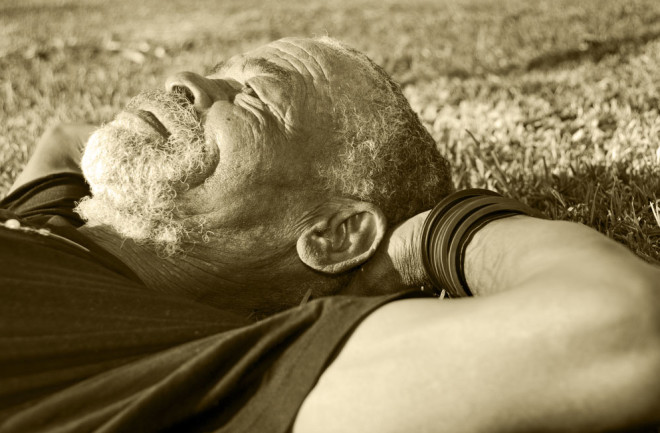 Scientists are just starting to unravel the genetic causes of age-related hearing loss. (Credit: Tish1/Shutterstock) Even though our ears get bigger as we age, our hearing tends to fade. This ironic problem is common and gets progressively worse the older we get. An estimated 25 percent of Americans between the ages of 65 and 74 have disabling hearing loss. And losing hearing can mean having a hard time understanding what people are saying, which can lead to social isolation and depression. Although the tendency to lose hearing in old age gets passed on from generation to generation, little is known about the underlying biology. Now researchers have identified 38 new genes involved in hearing loss in mice. The findings could help identify better treatment options, the researchers say. “Age-related hearing loss is a huge problem ... so we needed to find a way of identifying the underlying molecular basis in order to think about treatments,” said Karen Steel, a neuroscientist at King’s College London in the United Kingdom, who led the new research.

Most of what researchers know about the genetic roots of hearing loss comes from studying severe forms of inherited deafness that show up in childhood. Researchers have had a hard time identifying genes involved in age-related hearing loss, where hearing develops normally, but maintaining normal hearing into old age is problematic. To find new genes involved in this kind of progressive hearing loss, Steel and her team generated more than 1,200 kinds of mice, each with a mutation in a different gene. Then they gave adult mice a hearing test. The test captured the response of brain cells that process sound and could detect even very mild hearing loss.

Out of the 1,211 genes the researchers tested, 38 — or just more than three percent — showed hearing impairment in the mice, the researchers reported Thursday in the journal PLOS Biology. The finding means that out of the tens of thousands of genes in the genome there are likely hundreds more that affect hearing loss. Based on their discovery, the researchers say there are likely a thousand genes in total involved in hearing loss. The researchers tested hearing in some of the mice when they were young adults and then again a few more times as the rodents’ aged. The repeated testing revealed 10 genes that help maintain hearing with age. “Our results tell us that there are a large number of genes involved in deafness ... and many different types of abnormality of the auditory system that can lead to hearing loss,” said Steel, who was surprised to realize how much can go wrong leading up to hearing loss. The discovery means “there will not be a ‘one size fits all’ approach to treatments for hearing loss,” she said. “We need to develop better diagnostic tools to distinguish the different types of problems.”

More From Discover
Mind
Why the Human Brain Takes Decades to Develop
Health
10 Science-Backed Ways to Boost Your Brain
Health
Why Walking Might Be One of the Best Exercises For Health
Health
Why Do Some People Live So Long?
Health
Combat Cognitive Decline With These 5 Activities
Technology
Life After Death? Cryonicists Try To Defy Mortality By Freezing Bodies
Recommendations From Our Store
My Science ShopDiscover STEM Kits
My Science ShopDiscover 2022 Calendar
My Science ShopStrange Science
My Science ShopElements Flashcards
Shop Now
Stay Curious
Join
Our List