A potential molecular mechanism of the disease. 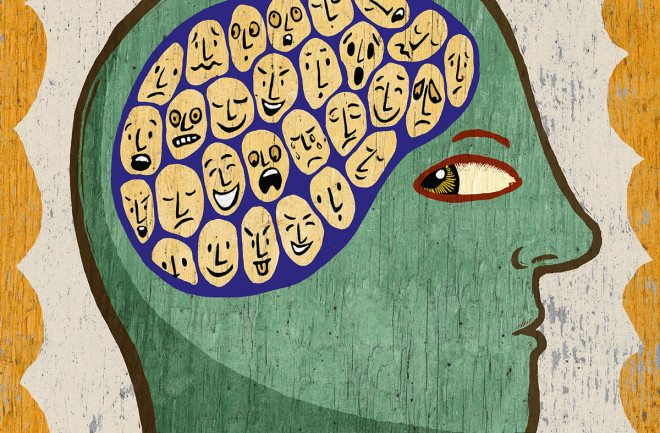 They start hearing voices. They see things that aren’t there. They think someone planted ideas in their heads. To schizophrenics, it’s like a switch has flipped in their brains.

In February, scientists reported in Nature that they’ve found what helps flip that switch. A team led by geneticist Steven McCarroll of the Broad Institute, based in Cambridge, Mass., combed through genetic information from about 29,000 schizophrenia cases, 36,000 controls and 700 brain samples from deceased patients.

McCarroll found that patients who had certain variations of a gene called C4 were more likely to inherit the disease. In healthy brains, the gene helps prune unnecessary connections between cells. But when it runs amok, as it does in schizophrenia, the process destroys healthy brain tissue.

C4’s involvement might also explain why schizophrenia arises during the late teens into the 20s. “It’s a period in human development in which brain circuits change and reorganize and . . . vulnerabilities to many neuropsychiatric illnesses emerge,” McCarroll says.

Although treatments may be years away, identifying this potential molecular mechanism in schizophrenia provides a starting point.