Savoring the Science of Salty and Sweet 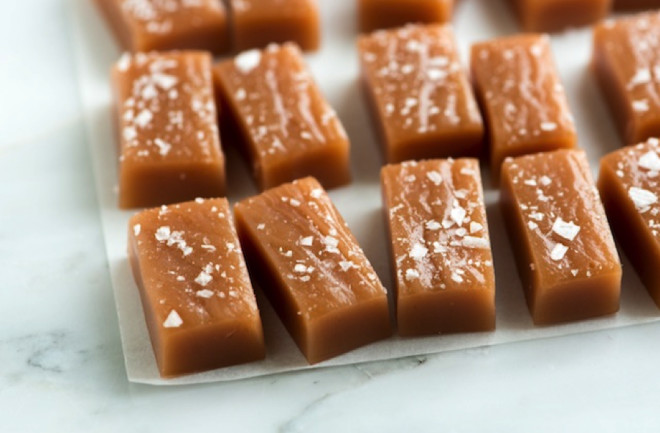 Sea salt caramels. Hawaiian pizza. Chocolate-covered pretzels. Salt-and-chili covered mangos. Aside from being delicious snacks, what else do these delectable combinations have in common? They are all quintessential examples of the “sweet and salty” food craze that only continues to rise in popularity in the culinary world as well as the population at large. When combined, these two seemingly contradictory tastes create a unique interplay that heightens the more subtle tastes and brings new complexity to the dish.

Sweet and salty are two of our five basic tastes. As we've previously discussed on the blog, taste is perceived as food is broken down into individual molecules that enter taste pores on the tongue. These molecules then interact with taste receptor cells, which in turn activate nerves that send an electrical signal to the brain to trigger taste perception[1].

When we eat, our tongues sense five basic tastes. While this may seem fairly straightforward, it turns out that these five tastes can influence each other. By studying how different pairwise combinations of taste sensations interact, scientists have sought to explain how the five tastes relate to each other on chemical, oral, and cognitive levels [4]. In the case of sweet and salty foods, let’s use an example of chocolate-covered pretzels. Pretzels are characterized by a slightly bitter taste that comes from the lye or baking soda solution the dough is soaked in before baking. (These highly alkaline solutions give pretzels their signature crunch and dark brown color [5].)

When dusted with a bit of salt and covered in a layer of chocolate—presto! The pretzel transforms into a delightfully salty-yet-sweet treat without a hint of bitterness. Why does this happen? Sodium has been shown to orally suppress bitterness where it directly interferes with the perception of bitterness in taste pores, a phenomenon sometimes called ‘bitter blocking.’ Instead of directly enhancing sweetness, salt suppresses bitterness and therefore allows the more ‘favorable flavors,’ such as sweet, to shine through [6]. Scientists have also cited that our penchant for sweet and salty has evolved from our primal nutritional instincts.

Because our hunter-gatherer ancestors were consistently moving to new areas and eating different plants, those with a distinguishing palate were better able to detect the differences between sweet-tasting high-energy foods and bitter-tasting poisonous foods. Our taste buds are therefore naturally wired to taste sources of energy and possible toxins [4]. This reasoning can be attributed to why we love sweet and salty – sweetness indicates carbohydrates, or energy, while salt is a necessary component in the body’s water balance and blood circulation. Therefore when the flavors are combined, the biological response is increased and our body detects the food as being extra tasty [7].

And even after you taste sweet and salty molecules on your tongue, your stomach continues to sample the molecules and send signals to your brain. This ‘post-oral signal’ can also contribute to the favorable sweet-and-salty response by forming a reward circuit increases our desire for similar tasting foods [8]. Salt’s ability to change the way we perceive taste has established it as an essential enhancer in cuisines worldwide. So the next time you reach for a sweet treat, try adding a dash of salt on top – you never know what surprises it can unearth!

About the author: Ashton Yoon received her B.S. in Environmental Science at UCLA and is currently pursuing a graduate degree in food science. Her favorite pastime is experimenting in the kitchen with new recipes and cooking techniques. Read more by Ashton Yoon