For this middle-aged mom, years of taking medicine for a rare disease led to a surprise diagnosis. 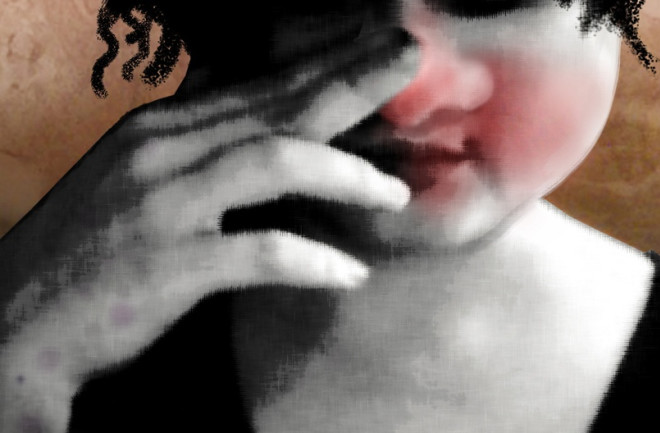 Luciana barely recalled when they first appeared — those painless, lavender bumps dappling her arms and legs. “Oh meu Deus, o que é isso?” (“Oh my God, what is this?”) thought the 40-year-old native of Goias, Brazil, while continuing to care for her family. Later on, an idea took root. Were the purple welts on her limbs connected to the flaming mass on her face?

This angry feature had puzzled Luciana’s American doctors for years. They initially blamed it on a terrible case of sinusitis. Then an ear, nose and throat surgeon sprayed local anesthetic, passed a scope and obtained tiny bites of tissue. The biopsies suggested Wegener’s granulomatosis, a rare autoimmune disease.

Soon, Luciana was downing immunosuppressive drugs that caused her cheeks to bloat, her hair to thin, and her menses to stop. But still her nose and mouth stayed red, her sinuses tender and blocked.

Finally, more than five years after her diagnosis of Wegener’s, Luciana’s lavender bumps led to another biopsy, this time of her skin. When a university pathologist scoured the specimen through a high-powered lens, his eyes widened in shock.

Crowding large, craggy cells called macrophages were masses of tiny eyes. On closer inspection, each separate “eye” was a single-celled microbe with a central nucleus and a chromatin dot. The final clue was that extra smidgen of DNA. Suddenly, the pathologist hit his head with his hand.

“Holy cow!” he breathed. I’m looking at nests of Leishmania.

Bottom line: Luciana never had Wegener’s granulomatosis. Instead, for much of her life, she had battled a hidden invader. Back in Brazil, the tiny protozoan first entered her body through the bite of a sandfly, later migrating to her face. Finally, with Luciana’s immune system crippled by drugs, the parasite spread to her limbs.

The greatest irony of all? It was only after starting cyclophosphamide, a last-ditch immunosuppressive, that Luciana’s blight finally came clear. She had mucocutaneous leishmaniasis, one of Latin America’s most feared and destructive infections.

Her invader had finally been found. The next step was treatment. Could damage this extreme be reversed?

Lessons of History Leishmaniasis is a family of diseases with a fascinating back story. Currently affecting 12 million people in 100 countries, it has three major forms and dozens of strains. In 1903, a British army pathologist unmasked the disease’s most lethal guise. While performing an autopsy on a recruit with a seven-month fever, William Leishman spied tiny, round parasites in the dead man’s spleen. Private J.B. of the Second Royal Irish Rifles thus became the first reported case of visceral leishmaniasis. In this condition, sandfly-injected parasites target liver, spleen, bone marrow and lymph nodes.

But long before Leishman’s discovery in an Indian morgue, others had described the lesions of Old and New World cutaneous leishmaniasis. In the Middle East and Asia, the blatant ulcers and scabs went by several popular names: Oriental sore, Baghdad boil, Biskra button. Special kudos go to Alexander Russell, a onetime physician in the Turkish Levant. In 1756, he published the first English-language account of “Aleppo evil,” a form of cutaneous leishmaniasis that still bedevils today. In Latin America, the crusted and scalloped erosions from leishmaniasis were commonly known as forest yaws, or chiclero’s ulcer.

Finally, in 1911, mucosal leishmaniasis joined the list of parasitic woes. That’s when an Italian doctor in Brazil reported the case of a 45-year-old agricultural worker with growths in his mouth. “The entire palate showed gross alteration,” Antonio Carini wrote in the Bulletin de la Societé de Pathologie Exotique. “Its surface was irregular and covered with vegetating protuberances. [In addition,] the uvula was destroyed, and in its place there was a fleshy mass the volume of a walnut.”

Later that year, a Peruvian doctor expanded upon la espundia, a local term for the same scourge described by Carini. According to Edmundo Escomel, espundia sometimes destroyed an entire nose and mouth, condemning many to recurrent bouts of pneumonia or even fatal suffocation. Fortunately, we now know that only a handful of South American strains — most notably Leishmania brasiliensis(which today is also called Vianna brasiliensis) — can metastasize to the face years after the bite of a small, hairy sandfly that had acquired its cargo from Leishmania-infected rodents.

After viewing her original biopsy laden with rosettes, Luciana’s doctors mistakenly labeled her with Wegener’s granulomatosis. Until the patient received her final immunosuppressive drug, that is. Once on cyclophosphamide, her parasites burgeoned.

Looking back, you could say that destino (Portuguese for “destiny”) had finally dealt Luciana a lucky hand.

A Difficult Cure, a Happy Ending I first met Luciana a few days after the biopsy that would change her life. After quietly trading hellos and scanning her face and skin, I moved into the hall to discuss her treatment with other specialists. The first step was to taper off immunosuppressives like prednisone and cyclophosphamide as quickly as possible.

But most important was a drug that would quash Leishmania brasiliensis. Once Centers for Disease Control and Prevention experts reviewed her case and approved the drug’s release, Luciana would qualify to receive Pentostam, an old, toxic, but powerful weapon containing the heavy metal antimony. In the meantime, she started on the next best alternative: an intravenous anti-fungal that also storms macrophages, thus stun-gunning Leishmania.

The anti-fungal brought respite, but its effects were short-lived. Eventually, rather than make multiple daily trips for outpatient infusions of Pentostam, Luciana and her husband returned to Brazil. There, comfortably hospitalized and surrounded and supported by family, Luciana received two extended courses — one lasting 30 days, the other 45 — of a close relative of Pentostam. And, yes, the toxic salvos cured her. Years later, proof can be found in serial photos in a medical journal. The final image, taken two years after treatment, shows a pleasing face with normal contours and a clear, healthy hue.

Three photos published in a medical journal documenting Luciana’s case show the marked improvement once she was diagnosed correctly. Active leishmaniasis (left) spurred red patches on the skin and swelling of the nose and surrounding soft tissue. A course of the immunosuppressive drug cyclophosphamide reduced most of Luciana’s swelling. And once she had proper treatment, her face returned to its normal shade and contours. (Ernest Brahn et al./Mucocutaneous Leishmaniasis/Journal of Clinical Rheumatology/vol. 16, no. 3/april 2010)

“So, deep down, how did you feel when you learned your true diagnosis?” I recently asked, still pained by Luciana’s ordeal.

The other silver lining of Luciana’s trial? Her daughter may also pay it forward. Now 17, the California high schooler has already set her sights on a career in medicine.

"This article originally appeared in print as "Microbial Mystery."