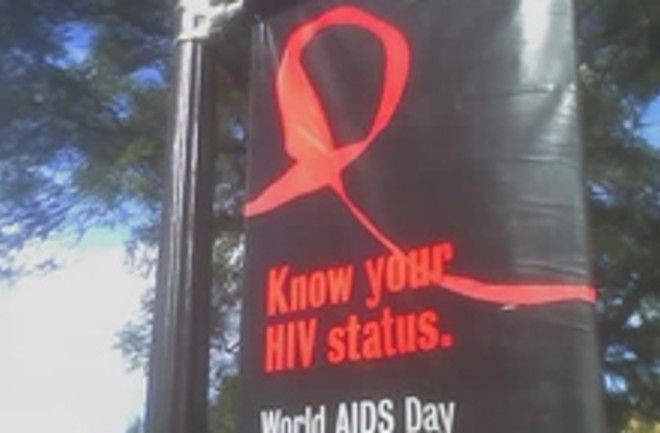 It’s a big year for South Africa: Less than four months remain until the first matches of the World Cup, when much of the planet’s attention will turn to the country. But being under the spotlight of international sport makes it difficult to hide a country’s less glamorous bits, as China and Canada have found out trying to shield pollution and addiction problems from the glare of the last couple Olympiads. In June, the microscope will turn to South Africa and its ongoing AIDS crisis.

This month one of the country’s health leaders has renewed his call for blanket HIV testing and anti-retroviral drug dispersal to all patients, which he says can stop the AIDS epidemic once and for all–without having to find a vaccine against the virus or a cure for the disease.

Brian Williams’s idea isn’t new. The former World Health Organization figure, who is now one of South Africa’s top health officials, came out with a paper more than a year ago explaining his model for how effective universal testing and immediate therapy could be. But this week at the American Association for the Advancement of Science meeting in San Diego he expounded on his proposal: “The epidemic of HIV is really one of the worst plagues of human history…. I hope we can get to the starting line in one to two years and get complete coverage of patients in five years. Maybe that’s being optimistic, but we’re facing Armageddon” [The Guardian].

The anti-retrovirals given to HIV-positive people have saved millions of lives, Williams says, but have done little to stop transmission, partly because of how many people don’t know they have HIV. Facing such a tall order, Williams is optimistic. If a full-on testing and treatment project were to begin today, he says we could stop the transmission of the disease within five years. If patients take [anti-retrovirals] when they should, the amount of virus in their bodies can fall by 10,000 times, to a level at which they are extremely unlikely to pass the virus on [The Guardian].

However, he knows the price of testing and treating everyone. The cost in South Africa alone would be $3 billion to $4 billion per year, he said. But the plan would save money from the first day because of all of the people today who have to be hospitalized, and because of all of the young people who die in the prime of their lives, he said [CNN]. South Africa already has the world’s largest program of giving out anti-retroviral drugs to treat AIDS, because the country has the world’s largest caseload.

While more health officials consider Williams’ idealistic strategy, he and his colleagues stress that it should be done in conjunction with ongoing research into new treatments and practical measures, like South Africa’s efforts to beef up its condom supply in preparation for the footballers and their supporters who will descend on the country this summer.