Even spending 50 minutes a week running at a 10-minute mile pace might help reduce the risk of cardiovascular and cancer-related death. 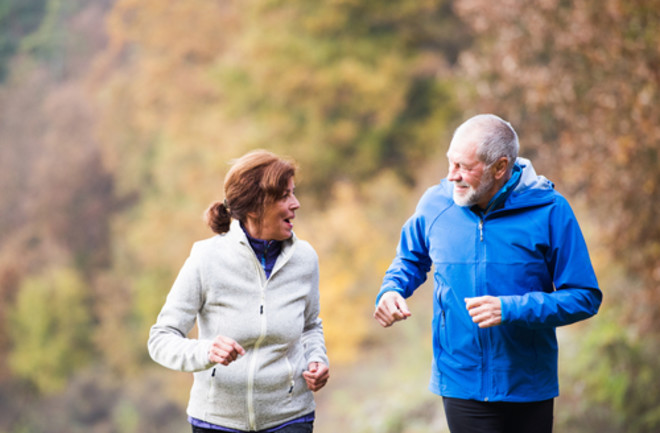 Running just once a week could lead to a longer life, a new study finds. (Credit: Halfpoint/Shutterstock)

Reluctant joggers, here’s some encouragement: Running even once a week has some benefits.

According to a new study, running 50 minutes a week, at a pace between a 10- and 7.5-minute mile, helped reduce the risk of death from cancer, cardiovascular disease and other causes. Working out more than that didn’t convey significantly more health benefits, say the researchers, based on a review of over a dozen studies.

The results could be encouraging for people who find that they don’t have much time to work out, writes study coauthor Zeljko Pedisic, a public health researcher at Australia’s Victoria University, in an email.

Because running is a popular form of physical activity, Pedisic and his colleagues chose to take a birds-eye view and assess what previous studies of running and risk of death had concluded. The team collected 14 papers that collectively studied over 230,000 people for the effects of running on cardiovascular disease, cancer and other causes of death. Most participants were from U.S. and European populations.

Compared to other large analyses of walking and cycling benefits, running conveys the most health benefits for those who work out infrequently, the authors write. This could be because, compared to the other activities, short bursts of running offer more intense exercise, but that possibility needs more research.

There are some caveats to the research, though. Among other things, it’s possible these benefits were found because all previous studies of running and cause of death only included healthy people from the get-go, the authors write. Also, how often people ran was self-reported in all those other research efforts, and only two of the papers tracked how people’s running habits changed over the years.

Though the results suggest that people might need less of a workout than the WHO or their national health agency might recommend, that doesn’t mean it’s time to readjust those standards, Pedisic says. There are several other health factors that need to be examined besides risk of death, he says, and people need other ways to get fit, too. “Such recommendations have to be generalizable to different types of physical activity for people to engage in — certainly not just running.”