Risk Of Dementia In Dogs Increases With Age

The risk of Canine Cognitive Dysfunction increases 68 percent each year after a dog turns 10. 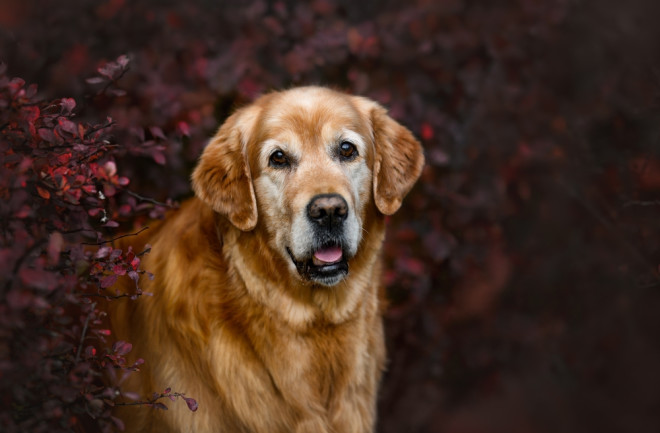 Like humans, dogs can experience cognitive decline with age. Dogs older than 10 are at a higher risk of developing a neurodegenerative condition called Canine Cognitive Dysfunction (CCD).

A recent study published in Scientific Reports, found each year of life after the age of 10 in dogs can lead to the chance of developing CCD by 50 percent. The risk of CCD is about 6.5 percent greater in inactive dogs versus active dogs. The new findings could help indicate when the vet should screen for CCD.

Dogs experiencing CCD may exhibit symptoms such as altered social interaction, memory deficits, loss of spatial awareness and sleep disruption. According to a press release, past CCD estimates have varied from 28 percent in 11 to 12-year-old dogs to 68 percent in 15 to 16-year-old dogs.

The findings were gathered from the Dog Aging Project, a longitudinal study of aging companion dogs in the U.S. The study looked at 15,019 dogs. Owners were given two surveys, including the Health and Life Experience Survey (indicating physical activity) and the Canine Social and Learned Behavior survey. Dog lifespans were classified into quarterlies, according to a press release.

Researchers also indicate that dogs with lower activity levels were 6.47 percent more likely to develop CCD versus highly active dogs. However, this does not prove that lack of exercise and activity is the cause of CCD, but could indicate that CCD leads to inactivity.

According to the study, more research is still needed. Researchers are hoping that this study could help scientists better understand the cognitive decline in aging humans and find ways to better treat it.