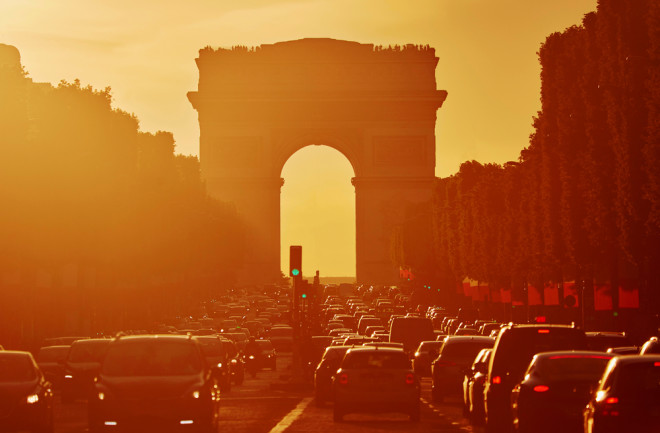 (Credit: Ekaterina Pokrovsky/shutterstock) As the climate warms, seas will rise, storms will proliferate and cities will bake. But, in addition to the marquee issues global warming causes, there will likely be a host of tangential issues, many of which we may not anticipate. A new study in Nature Climate Change looks at the psychological effects a warming climate will have on humans, focusing specifically on mental health. Though the work is somewhat preliminary, the authors pick out a broad trend of rising suicide rates as temperatures increase, and point out that the issue is only likely to get worse in the future.

Researchers from the United States, Chile and Canada paired data on suicides in the U.S. and Mexico with temperature records going back decades. They found a slight but persistent trend dominating the data: As the weather gets warmer, suicides become more common. Interestingly, the correlation was much more significant in Mexico, where a 1 degree Celsius increase in average monthly temperature meant a 2.1 percent increase in suicide rates. In the U.S., a single degree meant only a 0.7 percent rise. Though those numbers may not be huge, they can translate to thousands of lives lost in aggregate. By 2050, we could be looking at anywhere from 9,000 to 44,000 more suicide deaths per year, they say. Suicide is already the 10th leading cause of death in the U.S., according to the American Society for Suicide Prevention; some 45,000 people take their lives every year. The authors aren't yet able to predict why hotter temperatures might translate into more suicides, though there is evidence that our behaviors change in meaningful ways when it gets hotter. People become more violent, for example, and one study even found that hotter temperatures result in more votes for the incumbent party in political elections. The researchers also combed social media posts looking for language indicative of depression, and found that Twitter posts with depressive language also rose in hotter months. It's another piece of evidence backing their findings up, though, as they note, their study looks just at extremely broad trends, and has little to say about individual instances of suicide. Still, the findings offer more information to caregivers and individuals suffering from depression, and could be used to refine guidelines for those in danger of suicide in the future. The work also shines a light on one of the many tangential effects of temperature change. Increasing suicides is likely but one of the many varied effects that a hotter planet will have on our minds and bodies. Stopping climate change entirely may not be feasible anymore, but we can at least prepare for the rapidly shifting world to come.