Retracted nipple. What to do? 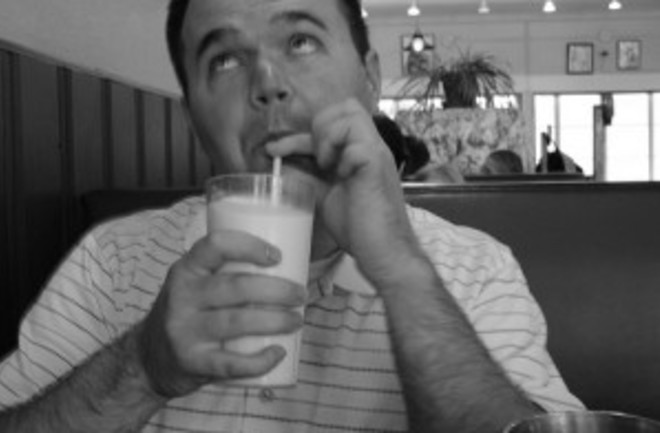 Although both men and women can get inverted nipples (when the skin of the nipple makes a hole pointing into the chest, rather than sticking out of the chest), breastfeeding is a common cause of the problem. Hard core fans might think we're reusing material. Sure, we've covered another simple remedy for inverted nipples (the use of rubber bands), but the technique supported by the data in this paper makes the topic worth another look. Vigorous. Sucking. By the husband. (!)

Newer innovations in treatment of retracted nipple. "OBJECTIVES:To compare the efficacy, merits and demerits of various methods for the treatment of retracted nipple, i.e., two new innovative methods (rubber band method and sucking by the husband) with the in-use syringe method. METHODS: A prospective study on 213 women having retracted nipple, 71 in each of the three groups was carried out. Group A included patients in which syringe method was used; Group B comprised of woman in which rubber band method was used and Group C included patients with vigorous sucking by the husband. RESULTS: Highest success rates were seen in Group C (vigorous sucking by the husband), being 52, 88 and 94 % on days 3, 7 and 14 respectively. Success rates in Group B (rubber band method) were lower, being 43, 66 and 74 % respectively and lowest in Group A (syringe method), i.e., 33, 47 and 64 %, respectively on corresponding days. Problem of difficulty in applying technique were common in Group B (38 %), less common in Group A (22 %) and nil in Group C. The incidence of local pain had the same trend i.e., 48 and 30 % in Group B and A, respectively, and nil in Group C. Disliking taste of milk in mouth and problem of privacy were highest in Group C i.e., 28 % and 100 % respectively. CONCLUSIONS: Although syringe method is well established, sucking by husband is definitely superior and a boon for difficult cases too. Rubber band method is a bit inferior due to complicated technique, local pain and no lactation stimulation."