Researchers Take Baby Step Towards Cure for the Common Cold 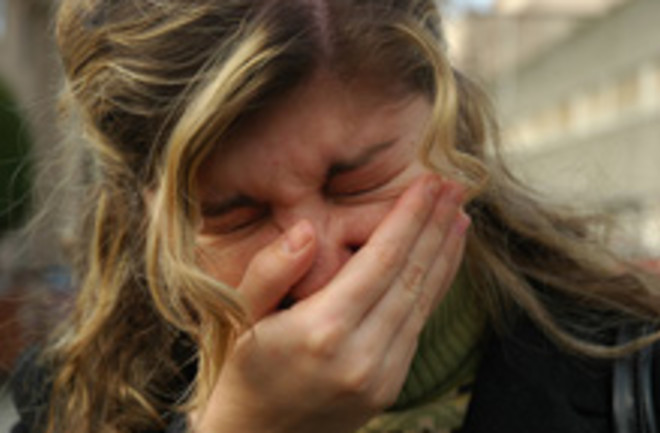 A cure for the common cold may eventually be within reach, now that scientists have sequenced the genetic code of 99 strains of the common cold virus. The research team, whose findings are published in Science, found that the strains are organized in about 15 family groups, each with its own ancestral path, which may explain why no one anti-viral drug works against all of them [Medical News Today]. By mapping a family tree of the common cold virus, or human rhinovirus, the researchers say they can identify the similarities and differences among all the strains.

That family tree shows that some regions of the rhinovirus genome are changing all the time but that others never change. The ... unchanging regions ... are therefore ideal targets for drugs because, in principle, any of the 99 strains would succumb to the same drug [

The New York Times]. The study also found something not thought possible in that type of virus: they recombine to form new strains.... which may account for the speed with which new strains emerge within one season [Medical News Today]. The discovery could potentially lead to a cure for the common cold, although there is less hope for a vaccine because of the variations between the 15 groups. People at high risk from rhinoviruses, including children, elderly people, and anyone with asthma or a chronic obstructive pulmonary disease, would benefit the most from any advances in treatment. Skeptics abound, however, as to whether drug companies will act on the discovery and begin development of a new drug, in part because of uncertainty about whether people would pay for drugs to treat such a minor illness. The industry has also learned in recent years that turning a genetic discovery into a marketable drug is far harder than once thought [The New York Times

And, as Dr. Ann Palmenberg, a cold virologist said, "There’s not going to be a vaccine for the common cold," given that vaccines do not protect the linings of the nose where the virus attacks