Babies and adults who die from sudden death syndromes may be born with brains that aren't good at recognizing rising CO2 levels in their blood as a result of accidental suffocation, such as from a pillow or toy. 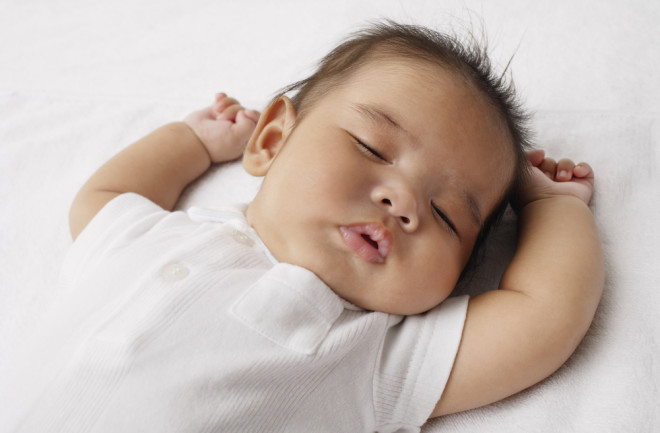 Every parent’s worst fear is not being able to keep their child safe. And a mysterious condition known as sudden infant death syndrome (SIDS) is enough to keep any new parent awake at night.

What’s so troubling about SIDS is that no one really understands why a seemingly healthy baby goes to sleep and never wakes up. But a new opinion review paper suggests that SIDS and other forms of sudden death syndromes — which impact people of all ages and seem to strike without warning or cause — may share a common, neurological cause.

Some individuals may be prone to sudden death syndromes because they are born with a neurological difference that can be fatal under the right circumstances, explains Gordon Buchanan, a neurologist and epileptologist at the University of Iowa who authored the opinion review paper in Trends in Neurosciences. Among these people, there seems to be a problem with the part of the brain that controls breathing and waking during sleep.

Why Do People Suddenly Die?

In sudden death cases, it’s thought that the individuals’ airways get blocked somehow while sleeping in bed — such as by a pillow, a toy or tangled bedding. But it wasn’t clear why the person doesn’t simply wake up and fix the problem by repositioning themselves or by crying out for help.

Buchanan thinks that individuals who succumb to sudden death syndromes may have malfunctioning serotonin receptors in their brains. These receptors are part of our brain’s “suffocation alarm system” and help to ensure that blood oxygen and carbon dioxide (CO2) levels are healthy. But Buchanan thinks that a rare neurological difference causes some people’s brains to be bad at detecting when blood CO2 levels get too high — which is a signal to our bodies that we could be suffocating. Instead of waking up like most people would, those with this defect stay asleep and are seemingly powerless against what’s happening to them.

Although Buchanan’s paper only looked closely at SIDS and what’s called the sudden, unexpected death in epilepsy (SUDEP), it also may apply to other forms of  sudden death. But more research is needed to confirm if other sudden death syndromes also share this common neurological difference.

“The possibility that SIDS and SUDEP lie on a sudden death continuum of sorts has been known in the SUDEP community for some time … using known mechanisms for SIDS as a starting point for understanding SUDEP seemed like a good place to start,” he said. “Defects in the brain stem serotonin system have been identified in the brains of several cohorts of babies that have dies of SIDS. Similar anatomical defects are starting to be identified in pathological and imaging studies of people who have died of SUDEP.”

SIDS is a leading cause of infant death, claiming the lives of nearly 3,000 babies under the age of one each year in the United States. Although most of us have heard of SIDS, there are other sudden death syndromes that we might not be as familiar with. In SUDEP, for instance, healthy people with epilepsy die suddenly, but their death cannot be conclusively explained by a seizure or other cause. There are also cases of sudden death that are not tied to any underlying condition. Sudden death can strike children and adults of all ages. But as Buchanan notes in his paper, it seems that a faulty CO2 detection system seems to play a role in these deaths.

With sudden death syndromes, the cause of death can be difficult to determine with certainty. People who die from sudden death usually pass away while asleep in their beds or cribs. Victims are often found lying face down. There are no signs of trauma. Usually their deaths are not witnessed by another person, which makes it difficult for investigators to piece together how they died. And with SIDS, there are no clear biological markers.

“SIDS is largely a diagnosis of exclusion,” Buchanan said. “SIDS is essentially defined as the sudden and unexpected death of an otherwise health infant under age 1 with no other plausible reason for the death identified after review of the clinical history, death scene investigation and complete autopsy.”

Most research on sudden death has focused on SIDS and SUDEP. But these conditions are still poorly understood. And unfortunately, there’s currently no way to test whether someone is prone to a sudden death syndrome.

Researchers have made some recent progress in understanding what causes complex syndromes like SIDS. Last year, a team of researchers found a genetic mutation affecting respiratory muscle function was associated with a subset of SIDS cases. Another recent study found that smoking just one cigarette per day during pregnancy can double a baby’s risk of SIDS. But more research is needed to paint a more precise picture of what’s behind these bewildering cases and how to test for them.

For now, Buchanan recommends that at-risk populations, like people with epilepsy and parents of infants, follow preventive measures against sudden death. Parents should place the babies on their backs to sleep and take care to reduce plush toys, pillows, blankets, and loose-fitting clothing in the crib. People with epilepsy can also take precautions, such as ensuring their condition is properly managed, sleeping on their back, and using a seizure alarm or monitor to alert family or neighbors if they have a seizure at night.