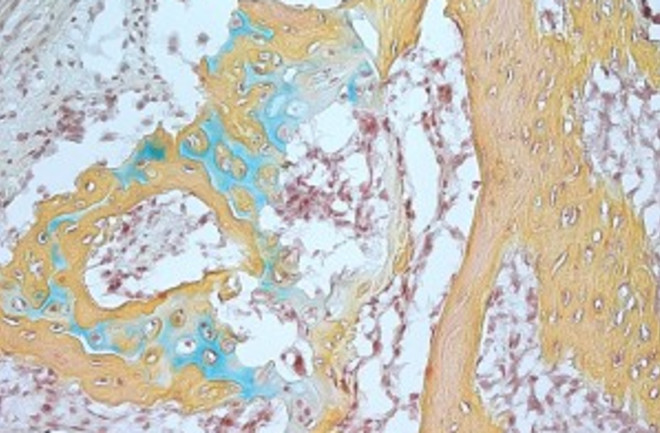 If only we could regrow our broken bones like Harry Potter, Skele-gro style. Or, at the very least, heal up like a limb-regenerating newt. Alas, we humans possess no such abilities. Though our bodies can mend broken bones, the older we get, the shoddier that patch job gets. As for cartilage — the crucial cushioning that keeps our bones from rubbing together — once that’s gone, it’s gone for good.

But a new discovery by researchers could change that outlook. A team from Stanford University has finally discovered skeletal stem cells — the cells that give rise to bone, cartilage and the supportive, spongy inside of a bone called stroma — in humans for the first time. And the hope is that someday, doctors could use these stem cells to help people regrow broken bones and missing cartilage.

A Break in the Case

First, a quick primer on a couple of types of stem cells (of which there are many).

In general, stem cells have the ability to divide and develop into specialized variations, like blood or muscle cells. Embryonic stem cells, as you might’ve guessed, are found in embryos. They have the ability to develop into basically any type of cell in the body. Adult stem cells, on the other hand, aren’t as full of potential. They still develop into different cells, but usually those cell types are restricted to the organ from which they originate. For instance, neural stem cells reside in the brain, where they divide and ultimately spawn brain cells like neurons.

In 2015, the Stanford team, led by Michael Longaker, a professor of plastic and reconstructive surgery at the university, got a break. They announced that they’d found skeletal stem cells in mice. To do this, they’d looked at mice that had been genetically engineered so that different stem cell subtypes in the mesenchymal mix all produced different colors. By having these subtypes color-coded, the team was able to track their lineage — their division and evolution into more specialized cells.

Virtually all cells have surface proteins, and sometimes, different species’ cells share similar surface proteins. So the team figured they’d just look at the proteins on mouse skeletal stem cells they’d discovered and look for similar ones on human mesenchymal cells. Then, they’d track the lineage of those cells to see if they evolved into specialized bone cells. Easy, right? Nope. They couldn’t find any human cells with enough surface proteins in common with what they’d found in mouse cells.

Instead, Longaker and his team did some reverse engineering. They looked at bones donated from fetal remains, specifically focusing on the still-growing ends, giving researchers a better chance of finding the stem cells they’d been hunting.

Since surface proteins were a no-go, they were on the lookout for cells with gene signatures similar to that of mouse skeletal stem cells. Once they found human cells that were a close enough match, they isolated them and popped them in a petri dish. And voila: The cells only grew new bits of bone, cartilage and spongy stroma. Though Longaker and company were pretty confident they’d found what they were looking for, they still had to make sure.

So, finally, the group turned to chunks of adult bone they’d acquired from people who’d received procedures like hip replacements. The group spotted cells with that same genetic profile and extracted them. And they, too, developed into bone, cartilage and stroma in petri dishes. The team published their findings in Cell.

Put It Into Practice

Now that we’ve found these stem cells, what’s next? Longaker hopes that within the next 10 years or so, doctors will be able to put these cells to use. “The United States has a rapidly aging population that undergoes almost 2 million joint replacements each year,” he says in a press release. “If we can use this stem cell for relatively noninvasive therapies, it could be a dream come true.”