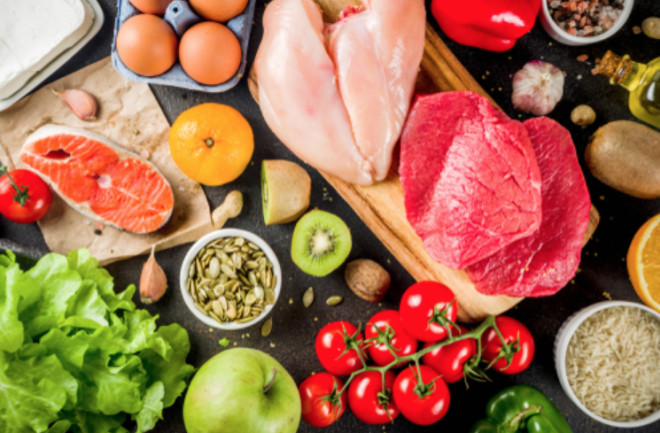 In recent years, researchers have pinpointed a group of compounds called FODMAPs that are common trigger foods for people with irritable bowel syndrome.

But it wasn’t immediately clear whether eliminating these foods could also help people with more serious conditions like Crohn’s disease or ulcerative colitis — or if it might actually hurt their already-sensitive guts. Now, a new report in the journal Gastroenterology suggests a diet low in FODMAPs can help relieve symptoms for the full range of irritable bowels — even those with Crohn’s.

Irritable is an Understatement

Irritable Bowel Syndrome, or IBS, is a broad diagnosis that’s applied to people with recurring diarrhea, constipation, bloating and/or abdominal pains. In recent years, researchers have been learning how and when these symptoms can be triggered by foods — specifically, by certain carbohydrates that ferment in the gut. These carbs include fermentable oligosaccharides, disaccharides, monosaccharides and polyols — FODMAPs for short — and they can be found in a wide range of foods like onions, wheat, apples and artichokes.

Inflammatory Bowel Disease, or IBD, on the other hand, is the name for Crohn’s disease and ulcerative colitis. These are conditions that involve serious inflammation in the gut and are linked to an inappropriate immune response by the body to its own gut microbes — caused possibly by genetics. Worst of all, 35 percent of people that have their IBD well treated still experience IBS-like symptoms. That’s pretty crappy.

And since a diet low in FODMAPs is known to mess with the gut microbial community, which can make inflammation worse, clinicians and researchers were hesitant to prescribe it for those with IBD.

In the new study, researchers from King’s College London put the low FODMAP diet to the test in IBD patients to see if it would relieve their symptoms, hurt their microbiome or make their condition worse.

They prescribed over 50 IBD patients either a low FODMAP diet — though they didn’t call it that; they just gave them detailed instructions — or a sham diet that had equally complicated rules but had what’s considered an average amount of FODMAPs for an average eater.

Though the diet wasn’t a cure-all for everyone, the majority of people did see a big reduction in their gut symptoms.

When the researchers examined their gut microbes, they found that although the low FODMAP diet reduced the numbers of certain bacteria species, the overall diversity remained the same. Best of all, the diet didn’t make their IBD any worse, and had no impact on the inflammation in their guts.

“We feel quite comfortable that it’s OK to use the low FODMAP diet in this group,” says Kevin Whelan, senior author of the study and a dietician at King’s College London.

One of the keys to the low FODMAP diet is that it has multiple phases. During the first phase, you cut out every single food that contains high levels of any of the FODMAPs. It’s a long list, so it takes some serious effort and it’s not a very diverse diet. It’s not meant to be followed forever.

The highly restrictive phase is to test whether cutting out FODMAPs at all will relieve symptoms. If it does, the second phase is to reintroduce individual foods, one by one, to see which ones are symptom triggers — and which ones can be safely eaten.

The final phase is the actual long-term solution: maintaining a new diet that avoids trigger foods but is diverse in other food choices.

“The trial we just published is only about the first phase, to show that cutting these things out will help your symptoms,” says Whelan. “In real life, what we did was after that we then counseled patients to reintroduce and re-challenge them to find out which ones they were sensitive to.

“This [study] is kind of a proof of principle showing that, really, these sorts of fermentable carbohydrates are obviously responsible for some of the symptoms, and if you cut them out, people feel better.”

Editor’s Note: This story has been corrected from a previous version. The proper name for IBD is inflammatory bowel disease.

More From Discover
Health
18 Best Creatine Supplements to Buy Right Now
Health
10 Science-Backed Ways to Boost Your Brain
Health
Extreme Fatigue: 4 of the Longest-Lasting Sporting Events
Health
How Saliva Changes The Flavor Of Food
Health
Walking vs. Running Benefits: Should You Walk or Run for Exercise?
Health
What is the Purpose of Hiccuping?
Recommendations From Our Store
My Science ShopDiscover STEM Kits
My Science ShopDiscover 2022 Calendar
My Science ShopStrange Science
My Science ShopElements Flashcards
Shop Now
Stay Curious
Join
Our List