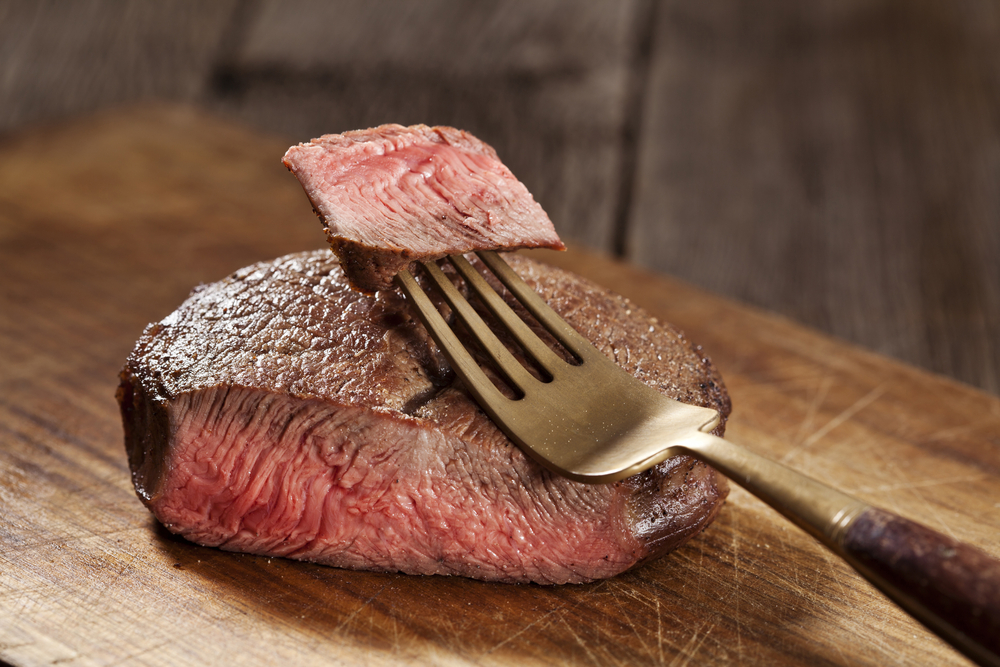 Consumption of red meat has long been linked to the development of certain types of cancer. Now scientists believe they’ve found the culprit behind red meat’s carcinogenic effects. A new study reports that a sugar molecule found in the flesh of beef, lamb and pork could be triggering an immune response in humans that causes inflammation, which ultimately contributes to tumor growth. Long-term exposure to this sugar in mice caused a five-fold increase in their chances of developing cancer.

Not So Sweet Sugar

Humans are the only carnivores that face an increased risk of cancer as a result of eating red meat, but no one really knew why. Although there’s an abundance of theories attempting to explain red meat’s ill effects, concrete evidence is still in short supply. Researchers decided to focus on a single sugar molecule, called Neu5Gc, that has been found in high levels in cancerous tissues but isn't produced by the human body – indicating that it comes from our diet. Neu5Gc is naturally produced in most mammals, but humans are the exception. When researchers measured the amount of Neu5Gc in various foods, they found that red meat had especially high levels. Beef, bison, pork and lamb had the greatest amount of the sugar. Poultry, fish (with the exception of caviar), vegetables and fruits lacked Neu5Gc.

Researchers suspected that the immune system could be to blame, launching antibodies against the sugar whenever humans ate it. That could cause chronic inflammation, a known contributor to cancer. So researchers bred "humanized" mice that lacked the ability to produce Neu5Gc. They fed them the mouse equivalent of red meat, mouse chow enriched with Neu5Gc, for 12 weeks. The mice also received regular injections of Neu5Gc antibodies to mimic what happens in the human body. And indeed, scientists found that the mice developed five times as many tumors as humanized mice fed a normal diet. The liver was the most common spot for tumors to develop, and biopsies of the tumors found Neu5Gc in them. Humans, by contrast, tend to develop cancer of the colon as a result of red meat-heavy diets. Researchers published their results in the journal Proceedings of the National Academy of Sciences.

It’s Not All Bad News

Researchers told The Telegraph that red meat is an important source of iron, proteins and other vitamins; so moderate red meat consumption does yield nutritional benefits. And the study doesn't indicate that eating red meat is the direct cause of cancer. Rather, Neu5Gc appears to accelerate the development of cancer. There are still plenty of questions to answer in regard to red meat’s link to cancer in humans. Why does Neu5Gc cause liver cancers in mice and colon cancer in humans? What other dietary and biological factors contribute to cancer progression in humans? Regardless, it may be a good time to heed the advice of those Chick-fil-A cows and “Eat Mor Chikin.”