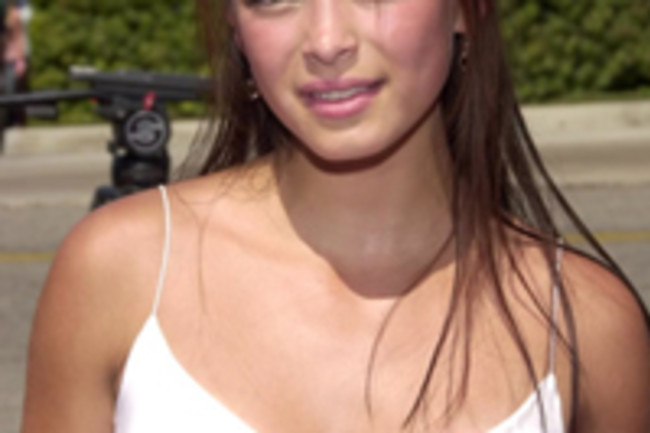 My post from a few weeks ago, Why does race matter for women?, elicited a lot of response (made it to the front page of Digg). Most of the open public discourse on race is bracketed in a few coarse frameworks; it is a social construction, and no one cares who is truly enlightened anymore, white racism keeps people of color down, etc. Though of utility in sloganeering I think most of these generalizations are such half-approximations that they mislead a great deal of time. So for example the interesting repeated finding that women in the United States are consistently more race conscious in partner selection than males in terms of avowed and revealed preferences (the study I posted on was just the most thorough, there were a few other prior surveys that showed the same general surprising finding). Public dialogue and discussion doesn't operate much with the assumption that women are the repository of race consciousness and purity, that seems a rather retrograde view among White People, but something close to it seems to operate in the day to day (as many 25 year old Asian American male virgins might attest to). With that in mind, Yann points me to a new paper, Prevalence of obesity in multi-racial vs. mono-racial individuals:

The sample included 215,000 adults who reported one or more ethnicities, height, weight, and other characteristics through a mailed survey. ... The highest age-adjusted prevalence of overweight (BMI greater than or equal to 25) was in Hawaiian/Latino men (88% ; n = 41) and black/Latina women (74.5% ; n = 79), and highest obesity (BMI greater than or equal to 30) rates were in Hawaiian/Latino men (53.7% ; n = 41) and Hawaiian women (39.2% , n = 1,247). The prevalence estimates for most admixed groups were similar to or higher than the average of the prevalences for the ethnic groups with whom they shared common ethnicities. For instance, the prevalence of overweight/obesity in five ethnic admixtures--Asian/white, Hawaiian/white, Hawaiian/Asian, Latina/white, and Hawaiian/Asian/white ethnic admixtures--was significantly higher (P < 0.0001) than the average of the prevalence estimates for their component ethnic groups. ... The identification of individuals who have a high-risk ethnic admixture is important not only to the personal health and well-being of such individuals, but could also be important to future efforts in order to control the epidemic of obesity in the United States. 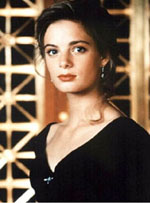 Early in the 20th century the dominant cultural norm was that race consciousness was normal, natural, and that hybridization was "against nature." Charles Davenport, one of the early directors of Cold Spring Harbor Laboratory, unsurprisingly found that mixed-race individuals in Jamaica were less physiologically fit than monoracial individuals (from what I recall he generally appealed to morphometric data). He found what he wanted to find. Biology is a science with a lot of variation, just pick the data which confirm your model and pretend you aren't selection biasing. If the people you want to convince don't know any better, then all the best for you! Today we have an inverted situation. The biologist Armand Leroi writes articles making the case that a racially mixed woman is the most beautiful individual because between population hybridization results in the masking of more deleterious alleles. The logic here is simple; consider something like cystic fibrosis or a sickle cell anemia predisposition. Since these recessive diseases occur within subpopulations, breeding out will mask more of them. After all, one can posit a number of recessive expressing genotypes with a very small decrement of fitness. The further you breed out the more likely you're to complement so that these deleterious alleles are masked by higher fitness alleles. An important point here is that hybrid offspring might not necessarily be superior to both parents in trait value, rather, they'll consistently exceed the expectation based on additive effects across both parents. By way of illustration, imagine that you have a population where you normalize the mean height as 1 and another with a mean height as 0.8. Assume perfect heritability. Assume that they're of the same size and sex ratio and they randomly mate. The new hybrid population should have a mean height of 0.90 because you're simply averaging out genetic potentialities. If the mean height turns out to be 0.95 you know that there are some dominance effects on work which operate outside of the additive assumption. 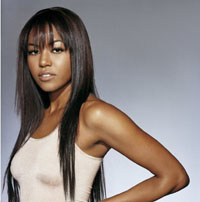 In any case, that's the outline, and because of integrationist social norms I regularly get comments on these boards praising the value of hybrid vigor. But reality isn't what we wish it to be, it is what is, at least to the best of our knowledge. It is seems likely hybrid vigor and fitness as it relates to crosses across degrees of relatedness manifests in a more complex and nuanced manner than a simple linear extrapolation. Obviously sibling-sibling mating results in a high rates of unmasking of deleterious alleles. The issues around cousin marriage are less dire and more subtle; though first cousin matings seem to exhibit more problems than outbred matings, there is some data which implies that if the other individual is extremely distantly related then fertility starts dropping. There are complicated confounds here. For example, not everything is genetic, the way human psychological and social networks operate there might be biases in the nature of how people relate to each other. Norms matter in terms of comfort and communication. Additionally, much of the likely counterbalance toward the masking of deleterious isn't genetically arcane, it is likely simple immune incompatibilities between mother and fetus. Those who are closely related are immunologically more likely to be similar as a matter of course, those who are distantly related are likely to be less related. Multiracial children have problems finding immune matches because of the relative rarity of their genotypic combinations. At the reductio ad absurdum we know that a human male mating with a female chimp isn't going to produce a super-homonoid who has the physical strength of the chimp and the mental acuity of the human; rather, chimp ova have physiological defenses which prevent even the penetration of human sperm. Finally, there is the possibility that there are interaction effects in the genetic background of populations which will emerge only through crossing. Just as allele A may mask allele B, allele A on locus 1 may not interact positively with allele B on locus 2, and variations in gene frequency across populations may result in differences in the rate at which these incompatibilities will crop up. A paper from a few years ago illustrates this possibility well, A variant of the gene encoding leukotriene A4 hydrolase confers ethnicity-specific risk of myocardial infarction:

Variants of the gene ALOX5AP (also known as FLAP) encoding arachidonate 5-lipoxygenase activating protein are known to be associated with risk of myocardial infarction. Here we show that a haplotype (HapK) spanning the LTA4H gene encoding leukotriene A4 hydrolase, a protein in the same biochemical pathway as ALOX5AP, confers modest risk of myocardial infarction in an Icelandic cohort. Measurements of leukotriene B4 (LTB4) production suggest that this risk is mediated through upregulation of the leukotriene pathway. Three cohorts from the United States also show that HapK confers a modest relative risk (1.16) in European Americans, but it confers a threefold larger risk in African Americans. About 27% of the European American controls carried at least one copy of HapK, as compared with only 6% of African American controls. Our analyses indicate that HapK is very rare in Africa and that its occurrence in African Americans is due to European admixture. Interactions with other genetic or environmental risk factors that are more common in African Americans are likely to account for the greater relative risk conferred by HapK in this group.

In plain English the fact that African Americans are an admixed population is causing a problematic interaction here; HapK does not exist at high frequencies in the original African genetic background. When introduced to that genetic background selection starts operating. That's evolution. Humans have been evolving a lot over the past 50,000 years, no surprise that various groups have their own quirks and not everything fits together well. One of the things I like to point out is that fundamentally human genetics is not blending. The admixture of a black skinned and white skinned population will not result in a uniformly brown skinned population. Given a large population base the original extant variance will still be on evidence though the central tendency will be toward a brownish median. In other words, admixture does not eliminate diversity but retains and even extends it on a within population level. One of the arguments that have cropped up over the years in evolutionary biology is whether fitness is heritable, and what the variance in fitness is. If fitness is heritable and exhibits variance, we might expect that the full range of variance would still manifest in hybrid populations. Not only that, it is known that hybrid populations can exhibit surprising and novel genetic combinations. Perhaps one might expect then that hybridization might lead both to very low fitness individuals and to very high fitness individuals? The Übermensch and Untermensch might be in the future. In any case, back to fatitude. What's up with that? First, yeah, there might be selection issues with who likes to hit-it-it with other races in Hawaii, etc. There might be big sociocultural confounds, I don't know. Perhaps racially mixed kids get a lot of crap from both sides and they stuff their faces because of depression and stress. But here's an idea, in Why Some Like It Hot: Food, Genes, and Cultural Diversity, the argument is made that some health problems like obesity arise when people shift from culturally specific foods to mass market consumable products. Different populations have different propensities toward different food stuffs; e.g., consider the amylase and lactase examples. Perhaps mixed-race children because of their bicultural background are exposed to a hodge-podge of dietary regimes which aren't optimal to their genetic makeup, which are relatively recent and so might not have a ready made cuisine?