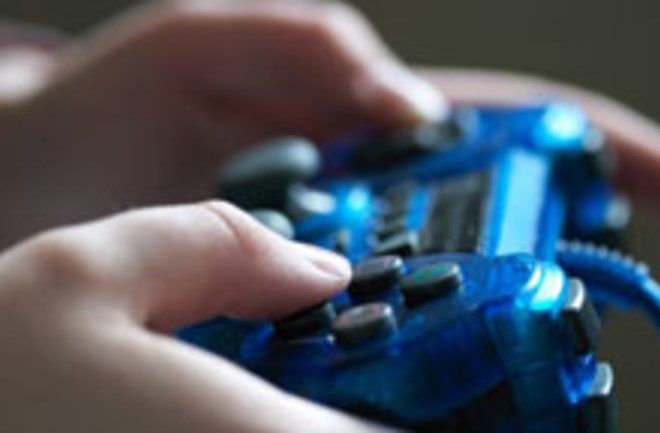 Is your child practically a vampire? Avoiding the sun, holed up at home, and playing video games non-stop? Two scientists in Britain now suggest there might be link between such inactivity and rickets--a painful bone condition caused by lack of vitamin D, and which is much more common in malnourished children of the developing world. Researchers Simon Pearce and Tim Cheetham of Newcastle University have published a clinical review in the latest issue of the British Medical Journal blaming the rickets resurgence on our more interior lifestyle. According to The Guardian, Pearce said:

"Vitamin D levels in parts of the population are precarious. The average worker nowadays is in a call center, not out in the field. People tend to stay at home rather than going outside to kick a ball around. They stay at home on computer games."

The consequent lack of vitamin D (which is produced in skin that's exposed to moderately strong sunlight) could be the chief cause for the return of rickets in England, with 20 new cases reported each year from Newcastle alone. But we might not have to unplug the game consoles and toss kids out into the sun. Researchers say that outdoor time could be topped up with a change in diet or vitamin D supplements. They even suggested to the British Department of Health that vitamin D be added to milk to get past picky eaters. (Currently, unlike the U.S., the UK does not add vitamin D to milk.) Related Content: DISCOVER: Can Vitamin D Save Your Life? 80beats: Many Toddlers Lack the “Sunshine Vitamin” 80beats: Generation iPod: Young’Uns Spend 53 Hours a Week Consuming Media DISCOVER: Tanning Beds and CancerImage: iStockphoto