Prosecuters Say They Had Enough to Convict Deceased Anthrax Suspect 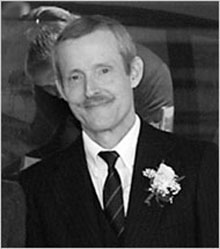 The U.S. Government is closing the book on the anthrax case, pointing the blame at former Army scientist Bruce Ivins, who committed suicide last week as prosecutors prepared to bring charges. The Justice Department said it was confident it could have convicted the scientist, who spent his career developing anthrax vaccines and cures at the bioweapons lab at Fort Detrick, Md. [AP] Authorities say that DNA tests showed Ivins' lab contained anthrax spores identical to those used in the attacks, and that building records show the scientist working late nights in the lab just before both of the 2001 attacks. U.S. Atty. Jeffrey A. Taylor says Ivins' emails show a man growing frustrated with his lab work as his anthrax vaccine project had stalled, and that contributed to Ivins' problem with mental illness. Taylor suggests that Ivins may have wanted to create a situation that would show the world the necessity of his vaccine, and that could have been the motive behind the attacks. But the end of this investigation didn't come easy, or cheap. The lengthy federal probe into the attacks hit several dead-ends and led to a $5.8 million payment to a man wrongly identified as a person of interest, Steven J. Hatfill, who also worked at Fort Detrick [Baltimore Sun]. And federal officials needed their evidence to be as airtight as possible: Pressure on the F.B.I. to present a powerful case was enormous, in part because some colleagues of Dr. Ivins have accused investigators of hounding an innocent man to suicide [The New York Times]. Ivins' lawyers maintains his innocence, and called the government's evidence circumstantial and based on innuendo. In any case, Ivins is no longer around to answer the charges.

So no matter how strong the evidence presented by the Justice Department -- and at first blush, it appears damning -- it is an ex parte presentation and will never be subject to the scrutiny and challenge of the other side