Procrastinating on Pregnancy: How Long Can Women Wait to Have a Baby?

Fertility does decline with age, but it’s not all bad news. 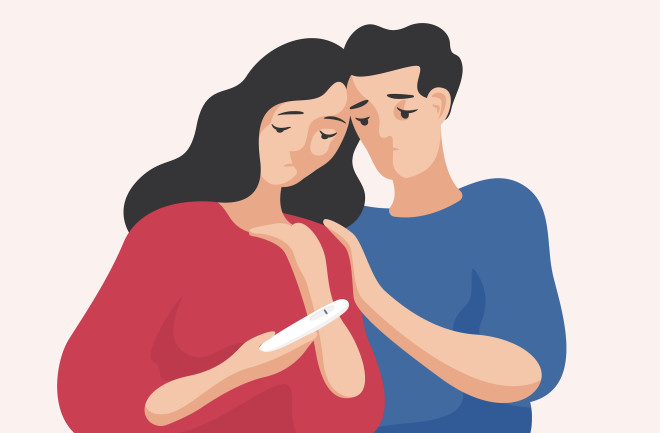 The whole concept of fertility, of deciding when you need to get pregnant, and then having it actually happen the way you planned, never quite worked for me.

I was single until age 34, and then we weren’t ready for a baby right away. We just timed my cycle, figuring if we got pregnant, fine. But the later the better.

Then, a new gynecologist asked what I was using for contraception. I told her that I’d been using natural family planning — smug that I’d managed to make it work for more than a year.

I tried to make her understand that I was actively timing my cycle. To prove it, I showed her charts with my basal body temperature carefully recorded. Barely glancing at my hard work, she said, “you’re infertile.”

That was unexpected. I left the office clutching a prescription for a fertility drug and started to worry. My mother had married two months shy of her 37th birthday, and ended up with three girls in five years. Fertility was something I’d always taken for granted.

Women face a tough reality in the fertility sweepstakes. The official term is “fecundity rate,” or the likelihood that a woman exposed to intercourse might get pregnant, which translates to about 20 to 25 percent per month for women.

While age is the biggest factor, lifestyle can impact fertility in both positive and negative ways. Health conditions like polycystic ovary syndrome, a hormonal condition, and endometriosis, a condition in which tissue that lines the endometrium grows outside of the uterus, can harm fertility.

Your Reproductive Age vs. Your Chronological Age

All hope is not lost, however. Waning fertility in your late 30s doesn’t mean you’ll never get pregnant. And, if the natural way doesn’t work, fertility services are more readily available, and egg-freezing is also an option.

“We know that peak fertility is about age 23,” says Gloria Richard-Davis an OB-GYN and fertility specialist at the University of Arkansas Medical Center. “When I lecture to our medical students and I say that, they all gasp.”

Richard-Davis wants women to understand that infertility, or “sub-fertility” as she prefers, can strike at any age. “Your chronological age does not always reflect your reproductive age,” Richard-Davis. “I really feel like we are seeing younger women with more fertility issues.”

In my early or even late 20s, I wasn’t emotionally or financially ready to be a mom. Plenty of others must feel that way. A 2018 survey of Australian university students, published in Human Fertility, concluded that students do underestimate the impact of age on fertility. (Men aren’t off the hook, either. Sperm and semen quality decline once men reach their 40s.)

Even though age is the biggest factor in fertility, the decline is gradual. “It’s not that something drastic happens on your 35th birthday, it’s more like when the shift becomes more tangible,” says Lusine Aghajanova, an OB-GYN and a fertility specialist at Stanford University in Palo Alto, California. “While peak fertility comes in the 20s, women in their early 30s have very comparable pregnancy rates.”

Some of the lower-end estimates come from studying parish records of birth rates. One of these data sets reaches back to France between the years 1670 - 1830. These so-called natural fertility populations also don’t give an idea of how frequently couples have intercourse. A study in 2004 that included almost 800 couples using natural family planning found that the fertility rates for women ages 35-39 was only a little lower than women in their twenties.

If you’re looking for clues to your own fertility, doctors can do a test called AMH to give you an idea of ovarian reserve, or egg count. One of the reasons that fertility tapers off, especially after age 40, is that the number of good quality eggs decreases in proportion to the total number of eggs that are less likely to fertilize, or produce a healthy pregnancy, says Aghajanova.

You may want to get your AMH levels checked every five years — just know that if the numbers come back in the low range, the results may not be definitive, says Richard-Davis.

While age is out of our control, we can choose a healthy lifestyle. Smoking, drinking, and drug use decreases both the number and quality of eggs, and shortens time to menopause. Exposure to environmental toxins also can cause this. Obesity is also associated with decreased fertility, and increased risk of miscarriage, says Richard-Davis, which is why she now has a dietician in her clinic.

Here are some health issues to watch for if you’re worried about fertility: Irregular menstrual cycles, or no periods at all, abnormal bleeding during your cycle, and significant or unusual pain before and during menses or intercourse, says Aghajanova. Cancer treatment also affects your chances of getting pregnant. Also watch for erection and/or ejaculation problems in your partner.

There are also at-home tests, and at least a dozen fertility awareness apps, that might help calculate when you’re ovulating, but there isn’t much research about how well they work.

Richard-Davis says that about 20 years ago, the American Society of Reproductive Medicine ran public service announcements to make women aware that age is a key factor of fertility. The organization later interviewed women in their 20s about whether that information had any impact — and apparently they said "no," Richard-Davis recalls. The women figured that by the time they reached their 30s and 40s, science would have improved so much that they wouldn’t need to worry.

“I am here to tell them that science does not make new eggs, it doesn’t happen,” she says.

In terms of technology and assistance, donor eggs are readily available and women have the option of freezing their eggs. Just know that this option is expensive, can cost up to $10,000 dollars or more, plus yearly storage fees. You’ll need IVF when you’re ready, and the pregnancy rate is about 20 to 25 percent.

Even with good technology, not all fertility stories have happy ending. Ours didn’t. The fertility drugs I started out with worked, but the pregnancy didn’t last. We tried all sorts of things, including IVF, which failed. My eggs weren’t great, and our doctor begged us, up until the morning of my last IVF, to use donor eggs. But my husband balked, saying he’d feel like he was having sex with another woman. We even tried adoption and that failed, too. In the end, we walked away.

Here’s the hard reality about fertility treatments: The emotional and physical burden falls on women. Just be mindful of the passing years, and know that some efforts do end well.

Richard-Davis went through years of surgeries, IVFs, and failure, and finally had a baby.

“That is a lot of emotional pain, and there were many, many times where I was ready to give up,” she says. “It did change my perspective."

“Fertility doctors are not encouraging 20-year-olds to have children, unless that is their desire,” says Richard-Davis. “You begin to see a decline starting age 30, but most women are still quite fertile.”

More From Discover
Health
How Saliva Changes The Flavor Of Food
Mind
Gut Bacteria's Role in Anxiety and Depression: It’s Not Just In Your Head
The Sciences
This 2,300-Year-Old Mummy Has a Heart (and Tongue) of Gold
Mind
Can Playing Video Games Make You Smarter?
Health
Is Vitamin C Actually an Effective Cold Remedy?
Health
Why Walking Might Be One of the Best Exercises For Health
Recommendations From Our Store
My Science ShopDiscover STEM Kits
My Science ShopDiscover 2022 Calendar
My Science ShopStrange Science
My Science ShopElements Flashcards
Shop Now
Stay Curious
Join
Our List