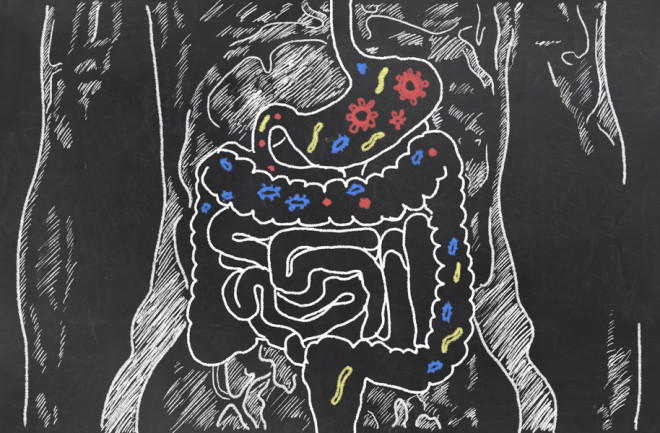 What if I told you that countless tiny beings living inside your body right now were responsible for everything from the health of your gut to your mental health? It sounds crazy. But, that’s exactly what research into the microbiome is showing us.

Tens of trillions of bacteria inhabit our bodies — scientists call them the human microbiome. The past decade or so has seen an explosion of studies linking gut bacteria with all sorts of diseases and conditions, from obesity to schizophrenia. The findings suggest managing our microbiome will help us stay healthy. And to do that, companies have encapsulated live bacteria in pills, called probiotics, that you can buy everywhere from Amazon to the local grocery store. But do they actually work or is all just hype?

The World Health Organization (WHO) defines probiotics as “live microorganisms which, when administered in adequate amounts, confer a health benefit on the host.” In other words, they are live bacteria that help our bodies stay heathy.

Examples include strains of Lactobacillus and Bifidobacterium, both associated with good gut health. There are many more, though, helping out with numerous different tasks within our bodies.

WHO’s definition doesn’t always match the reality, however. Often, bacteria sold as probiotics have no known or proven beneficial properties. In other cases, such as with counterfeit probiotics sold on Amazon, poor safety protocols could make them downright dangerous.

Back in 2014, the Centers for Disease Control and Prevention determined the source of an infection that killed an infant in Connecticut was fungal contamination of an ingested probiotic supplement.

A Georgetown University research team reported last month two out of every three bottles of probiotics — they checked nearly 100 — do not have enough information on their labels to determine whether their medicinal claims are evidence-based. And though that might not necessarily mean the poorly labeled ones don’t provide any benefits to the consumer, it raises questions on their efficacy and safety.

Despite the medical claims advertised by probiotic manufacturers, regulators do not hold them to the same standards as pharmaceutical companies. While new drugs undergo stringent validation and safety testing before reaching pharmacies and hospitals, probiotics often make their way to shelves without much, or any, clinical support.

“Bacteria should be treated just like any new drug,” says Pieter Cohen, a general internist at Cambridge Health Alliance in Somerville, Massachusetts who studies the safety of dietary supplements. “Just because something was used to ferment bread in the past does not mean all of the sudden it’s healthy to be taken in a live form, or high dose.”

Cohen is a strong proponent of changing the label of most probiotics to just “live microorganisms.” He reasons they do not meet the beneficial requirement of WHO’s definition of probiotics. Cohen also fears the hype around probiotics has outpaced the science that inspired them.

When it comes to the science behind the so-called probiotics, the results are mixed. Some are promising, others are contradictory.

A meta-analysis — that is a study of the data of many independent studies to determine overall trends — published in the journal Gut Microbes in 2017 found the effects of probiotics were “evidence-based” only in preventing specific forms of diarrhea and respiratory tract infections. A more recent article published in Nature Medicine also included inflammatory bowel disease and irritable bowel syndrome on the list of conditions for which probiotics have shown therapeutic efficacy, but the authors rejected the notion they prevent respiratory infections.

For other health claims, like alleviating depression or preventing dermatitis, the data is just not there. The various trials that have tried to assess these claims have produced contradictory results, making evaluations of probiotics difficult.

And methodological issues might be holding back research as well. Most probiotic studies use fecal samples to test their effects on consumers’ microbiomes. A study published last year in the journal Cell, though, revealed disparities between bacterial strains found in poop and those living in the gut. In other words, changes in poop bacteria don’t translate into changes in the microbiome as initially thought.

Even for the bacteria proven to be useful, their benefits might not be shared by everyone. The Cell study also showed people respond differently to probiotics — for some, their microbiome is amenable to new bacteria, while for others it isn’t. It’s a reminder that our internal ecosystems are quite complex.

“One probably big misconception that we are working under is this idea that we could give one or two strains of bacteria and have beneficial health effects, when the ecology of the microbiome in our body is so complicated,” says Cohen, who was not involved in the study. “We’re talking about so many different strains that are already in there. It’s an incredibly complicated ecosystem.”

Despite these concerns, Daniel Merenstein, a physician at Georgetown University who researches probiotics, says he takes them in a daily basis. He says they help him with irritable bowel syndrome, and keep his gut microbiome in check when traveling. “I don’t think everyone needs to take a probiotic, but I think there is a potential benefit for a lot of people to take [them],” he says.

As a probiotics expert, Merenstein knows which ones to take for his specific needs. But this isn’t the case for most consumers, many of whom blindly grab bottles at the store. “I see a lot of patients who take products that probably don’t really have [many benefits],” says Merenstein, who was part of the Georgetown University research team investigating probiotic labels. “But that doesn’t take away from the good products. It just makes [picking the right probiotic] a more difficult thing to do.”

Experts agree probiotics should be sold to treat specific conditions and not in the current “one size fits all” format.

“No one goes to the store and says, ‘Oh, I’m not getting enough sunshine, so I’ll just grab a vitamin off the shelf,’” Cohen says. “It might be vitamin C, might be B-12, might be a multivitamin, might be vitamin D. That’s how people are treating probiotics.”

Scientists believe the opportunities to tweak our microbiome to achieve health benefits are vast, but more work remains to be done. “I would absolutely recommend probiotics, live bacteria, to a patient of mine when the evidence is strong that the benefits outweighs the risks,” says Cohen. “Just like I would for any type of drug I’m prescribing.”

[Update 7/29/19: The piece has been changed to correctly describe Pieter Cohen’s research.]

More From Discover
Health
The Science Behind Cold Water Plunges
Mind
What is Anxiety and How Can Worries Overpower Us?
Health
What is Epilepsy and What Should We Know About it?
Health
The Surprising History of the Bidet Started with the Wealthy and Brothels
Health
Year-Round Daylight Savings Could Threaten Our Sleep and Heart Health
Health
Navigating Hearing Loss And New Over-the-Counter Solutions
Recommendations From Our Store
My Science ShopDiscover STEM Kits
My Science ShopDiscover 2022 Calendar
My Science ShopStrange Science
My Science ShopElements Flashcards
Shop Now
Stay Curious
Join
Our List