Prince William may have little to no Indian ancestry 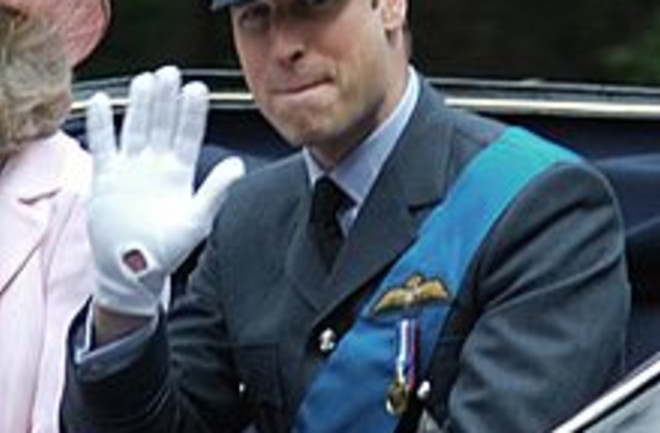 Credit: Robert PayneThe British media is blowing up today about Prince William's Indian ancestry. Here's a representative headline: Hunt is on in Gujarat for a distant cousin who shares Prince William’s Indian blood. The science here is straightforward. Apparently some British researchers found third cousins of Lady Diana Spencer. These individuals, like Diana, are descended from a woman named Eliza Kewark. This woman, William's great, great, great, great, great grandmother was an ethnic Armenian who was resident in India. She was also the housekeeper of William's ancestor Theodore Forbes, a Scottish merchant. At some point he sent his children by this woman to be educated in England, and there William's ancestress married into native British lineages. Since Diana's cousins share the same unbroken matriline as she does they by definition share an mtDNA lineage. As it happens these individuals carry haplgroup R30b, a very rare lineage found only in South Asia. But that's not all. Diana's cousins also are 0.3% and 0.8% South Asian on their autosomal genome. The intersection of these two facts does convince me that William's genealogical ancestress, Eliza Kewark, did have South Asian ancestry (not totally surprising even in notionally ethnically distinct groups like Armenians or Parsis who have been long resident in India). But please note that I said genealogical ancestress. Observe the large variance in ancestry of Diana's two third cousins presumably derived from Eliza Kewark (though there is always the chance that these segments come from different South Asian ancestors, the typically South Asian mtDNA match across the two reduces the probability of that being the answer in this case). Beyond eight generations the chance of a

genetic segment being passed from an ancestor down to a descendant is small.

Diana's cousins are seven generations down from Eliza Kewark, so it isn't totally implausible that a segment should get passed down. But William at eight is at the boundary, and he may carry no segments (in fact, Diana may have carried no segments). Of course I did note that their mtDNA is likely to be passed down, because there is no element of chance in that. You have your mother's mtDNA. But one can debate whether mtDNA, which is not present in the nucleus, really counts as ancestry. I believe that heritable genetic material is heritable genetic material. Assuming the lines of descent are as they are recorded I accept that we know for a fact that William likely has South Asian mtDNA. But we most certainly do not know if he has any South Asian autosomal DNA.

But in the end how much does this matter? People will make of it what they will. And yet there is an important aspect to note:

this seems like another instance of the firm BritainsDNA hyping genetic findings to increase their profile.

You see that the screenshot of their website shows that they're promoting the story about William's ancestry, and, they're also claiming that they are offering the world's most advanced genetic ancestry test. First, I have to observe that their price points are very high, and second, if they are going to claim the most advanced test in the world they should actually do a point-by-point comparison with other services, which they don't seem to do. Perhaps more importantly this outfit now has ahistory ofgetting caught up in, and frankly stoking, hype. I don't begrudge anyone their livelihood, or financial success, but scientists do have an implicit and explicit honor code. Jim Wilson has been involved in some interesting work, which is what I knew him from. But a third time will be a trend, and Wilson shouldn't be surprised if rather soon he becomes thought of as a 'tabloid geneticist,' rather than a scholar who popularizes serious science to the broader public.

Prime Minister of the United Kingdom, 1812 – 1827Addendum: For American readers I should make it clear that it isn't totally surprising that the British upper classes and gentry have some Indian ancestry, because so many of them have had ancestors associated with the British Raj. The book White Mughals explores this period and people in extensive detail. For some specifics, recall that Robert Jenkins, later Lord Liverpool, and Prime Minister of the United Kingdom for 10 years, 1817-1827, was 1/8th Indian by ancestry. The British actress Nicollette Sheridan is also 1/8th Indian. And finally, my friend Dan MacArthur clearly has South Asian ancestry, due to the same historical circumstances as the individuals above. This is perhaps the British equivalent of "Native American ancestry."