Pregnant Woman Discovers She Has an Extra Womb 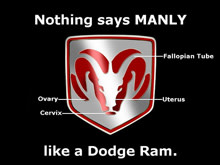 Doctors have discovered that a 27-year-old British woman has a double womb. Not only that, she also has two cervixes and two vaginas. Having two sets of reproductive organs, a condition known as uterus didelphys, may sound bizarre, but doctors say it affects as many as one in 1,000 women. Lindsay Hasaj never suspected she was doubly-endowed, and neither did her husband or any of the doctors she had visited in her 27 years of life. Uterus didelphys occurs during embryonic development, when the two halves of the uterus, each attached to a fallopian tube, fail to fuse together. From the outside, women with uterus didelphys look completely normal. Doctors performing pelvic exams might not even notice, because, as one doctor explained, it's like walking blindfolded into a tent separated with a tarp down the middle. Hasaj was finally diagnosed after she had a sonogram for her pregnancy (which is in her right uterus). Only afterwards did Hasaj connect her condition with the problems she'd always had in using tampons. Pregnancies in women with two uteruses face a higher chance of miscarriage, breech birth, and premature birth. But Hasaj's isn't even the strangest case. In 2007, a woman with two uteruses gave birth to triplets: two (identical twins) from one uterus, and one from the other uterus. Statistically, the odds of having triplets from two wombs is 25 million to one. Related Content: Discoblog: Congratulations! You've Given Birth to Your Grandchild Discoblog: The Unusual Story of a Bearded, Pregnant Man