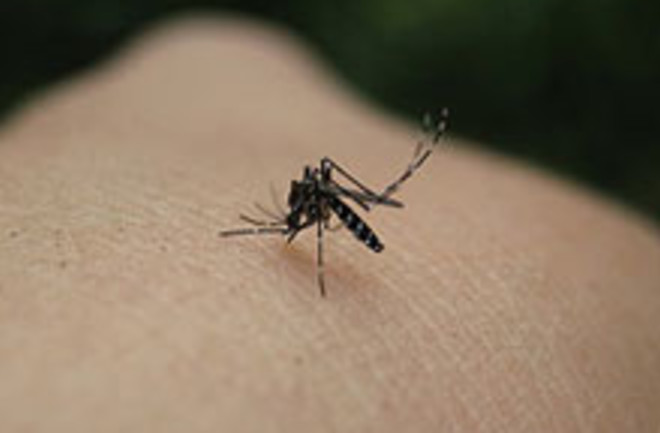 Amidst concerns over the safety of DEET, scientists are on the lookout for a new mosquito repellent. Now they may have found a way to keep biting insects at bay--by blocking their olfactory sense, according to a paper published in Nature. Mosquitoes sense the presence of humans and animals by detecting the carbon dioxide we exhale with each breath. Researchers have found two compounds, 2,3-butanedione and 1-hexanol, that could keep the biters at bay by blocking the insects' ability to detect this gas. Using these compounds could be advantageous because the

amount of chemical required is relatively small.... Further, the chemicals themselves are not complicated to manufacture and are available through conventional sources. "From both perspectives, this adds up to a viable tool in tackling the problems like that of malaria in Africa" [Scientific American], says study coauthor Anandasankar Ray. Considering the number of diseases spread by insects such as mosquitoes--for example, 250 million people contract malaria each year--there's a lot more at stake here than a few itchy bug bites.

Still, there's plenty of work to be done before these compounds can be put to use to combat mosquitoes. Researchers will need to develop the most effective anti-mosquito concoction, then make sure it's safe for people and the environment. Additionally, the most effective method of their application is still unclear. "In order to find out how we can apply them and in what form—whether as an aerosol, lotion or simply as a diffusing air source—we need to do a lot more experiments," says Ray

[Scientific American], who thinks it will be five years or so before the new compounds are used in the field.