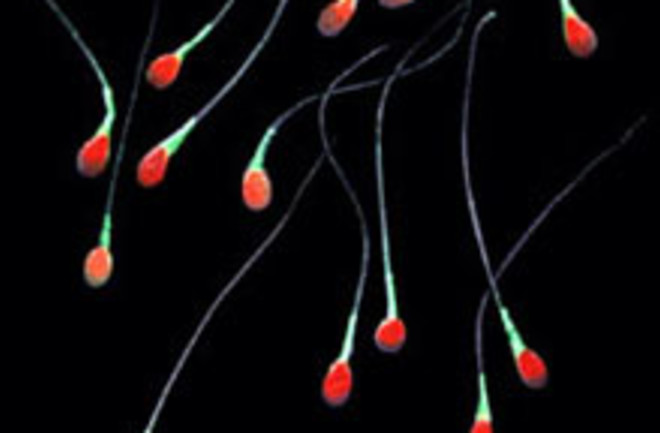 A new study of 218 Chinese men found that even low levels of the controversial plastics chemical bisphenol A (BPA) can lower sperm quality and count. For the study, which was published in the journal Fertility and Sterility, researchers noted the participants' sperm quality and urine BPA levels over five years. When compared to participants without detectable levels of the chemical, men with BPA in their urine were three times more likely to have low quality sperm.

"This adds additional human evidence that BPA is bad," said [the study's first author] De-Kun Li.... "The general public should probably try to avoid exposure to BPA as much as they can." [Washington Post]

That's a tough order, because BPA is all over the place. It's found in everything from sports equipment to medical devices to the plastic lining in canned foods. Li's previous studies have shown sexual effects of high levels of BPA, including inducing impotence in male factory workers

exposed to it. Those studies were done with men exposed to about 50 times as much BPA as the average U.S. man, so the results might not apply to your average Joe. However, in the current study Li argues that the chemical didn't only have a detrimental effect on individuals with sky-high BPA levels. Even participants with low levels, comparable to the average American, had diminished sperm quality and count.

"The higher your exposure, the lower your sperm quality is," he said. [Washington Post]

Much of the controversy about BPA has focused on the question of what level of BPA exposure is safe. This study adds weight to the argument that the chemical is hazardous to everyday people.

"Evidence has indicated that for the past few decades, sperm counts have been declining in some human populations--and that this might be related to exposures to endocrine-disrupting chemicals such as BPA is very reasonable," [Gail] Prins said. "I strongly believe that the U.S. should take measures to reduce the use of this chemical, since levels build over time." [Live Science]

Canada must be feeling smug, since the country officially labeled the chemical as toxic

earlier this month, making it easier to ban it and reduce environmental exposure to the chemical. Related content: Discoblog: Warning All Competitive Male Cyclists: Less than 5% of Your Sperm May Be Normal