Warning All Competitive Male Cyclists: Less than 5% of Your Sperm May Be Normal 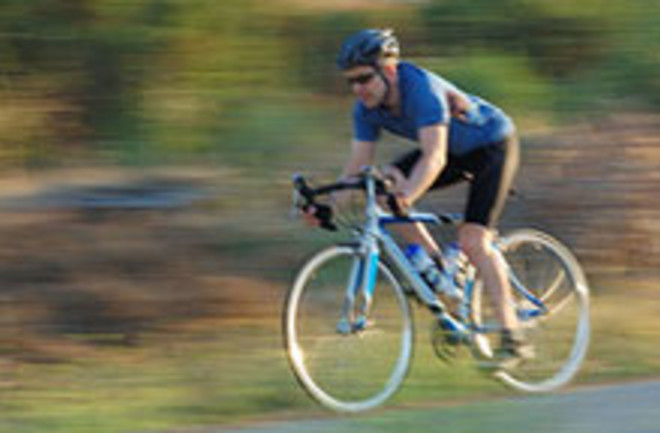 Friction and high levels of heat in the groin area, combined with the physical stress of intense training, greatly decreases the number of normal-looking sperm produced by male competitive cyclists, according to a Spanish study. And we mean "greatly": The researchers found that the sperm of triathletes who pedaled more than 186 miles per week was, on average, only 4 percent normally sized and shaped. That's significantly lower than the 15 to 20 percent in the most fertile non-cyclists, and this low count could make conceiving difficult. Cyclists, therefore, should consider freezing their sperm before commencing training, according to the BBC:

"Fifteen triathletes with an average age of 33 were asked not to have sex for three days before giving a sperm sample. When the results were compared with their training routines, only cycling - not swimming or running - was linked with sperm quality. All of the men - who had been training for an average of nine times a week for eight years - had less than 10% of normal looking sperm, compared with the 15-20% seen in the most fertile men. In those who managed more than 186 miles a week on their bikes, the proportion of sperm that was the correct size and shape had fallen to 4%, the point at which men may struggle to conceive without fertility treatment. [Lead researcher Diana Vaamonde] added it was unclear whether sperm quality would improve if men retired from the sport but that after years of wear and tear this was unlikely. "Something which could be done would be to have their sperm frozen but when they start training they do not realise what damage can be done to their sperm."

The researchers said that casual cycling, such as biking to and from work, likely would not negatively impact a man's fertility. Let's face it: Because obesity also can cause infertility, most men (and women) should be worried about spending more time on a bicycle, not less. Related Content: Discoblog: Vatican Science: Pope Blames Male Infertility on…the Pill Discoblog: Heated Car Seats: Too Hot for Sperm Discoblog: The Unusual Story of a Pregnant, Bearded Man Image: flickr/ donjd2