Picking Sides: How Genes Help Us Decide Between Left and Right 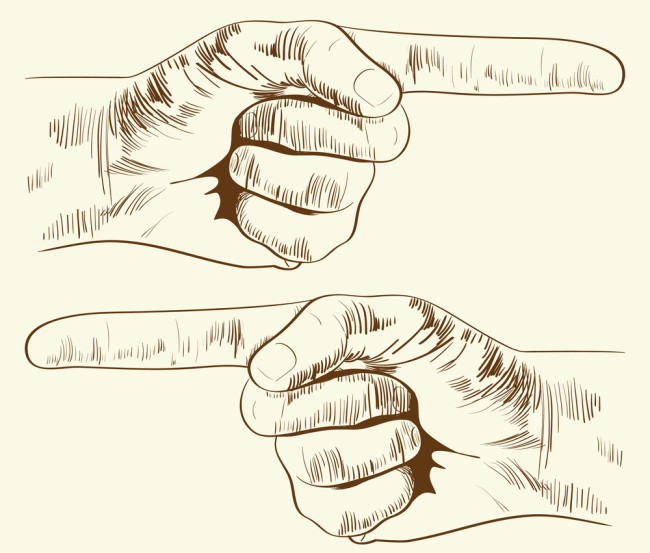 Some people call left-handers southpaws. Others call them mollydookers or corky dobbers. Scientists still often call lefties sinister, which in Latin originally just meant “left” but later came to be associated with evil. Wondering about the medical implications of being born a corky dobber? It may surprise you that left-handed women were found to be twice or more likely to develop premenopausal breast cancer than right-handers. And a few researchers believe this effect may be linked to exposure to certain chemicals in utero, affecting your genes and then setting the stage for both left-handedness and cancer susceptibility, thus opening up another probability of nurture changing nature.

When it comes to our hands, feet, and even our eyes, most human beings are right-side dominant. Now, you might think that footedness and handedness are always aligned, but as it turns out that’s not always the case for right-handed people, and it’s even more infrequent for left-handed people. Lots of people aren’t congruent. In board sports, being left-foot dominant is termed goofy – a goofy-footed surfer stands with her left foot on the back of board instead of her right. There are an amazing number of theories as to why some of us are goofy-footed. But the term itself is often said to have originated with an eight-minute long Walt Disney animated short, called Hawaiian Holiday, that was first released to theaters in 1937. The color cartoon stars the usual suspects: Mickey and Minnie, Pluto and Donald, and, of course, Goofy. During the gang’s vacation in Hawaii, Goofy attempts to surf, and when he finally catches a wave and heads back to shore atop its short-lived crest, he’s standing with his right foot forward and his left foot back. If you’re wondering if you might be goofy and would like to find out before hitting the beach, then imagine yourself at the bottom of a staircase that you’re about to ascend. Which foot moves first? If you’re taking that first imaginary step with your left foot, then it’s likely that you’re a member of the goofy-footed club. And if you find out that you aren’t goofy, then you’re in the majority.

Why some of us are born left-handed, right-handed, or goofy-footed is thought to relate to an important and early time in the formation of our brain. One of the most popular explanations for lateralization, which is the term given to this phenomenon, is that each side of our brain has evolved for functional specialization. This division of labor allows us to perform multiple complex tasks. Do you whistle while you’re at work? Your coworkers can thank your brain’s remarkable lateralization for that. Are you able to drive and talk on the phone at the same time? That’s lateralization, too. So why the predominance of righties? For our species, one of the most important tasks is communication, which is generally processed on the left side of the brain. And some scientists think that’s the reason why we’re right-side dominant, because, as you’ve probably heard, the left side of the brain generally controls the muscles on the right side of the body (which is why a stroke suffered on the left side of your brain is more likely to result in impairment to the arm and leg on the right side of the body). So why should you care if you’re goofy? Well, it’s the same question that many people have posed to Amar Klar, a senior investigator of the Gene Regulation and Chromosome Biology Laboratory at the National Cancer Institute. He has been interested in the genetics of handedness for more than a decade. Klar is a proponent of a direct genetic cause for handedness, perhaps even a single gene—a discovery we’ve thus far managed to miss as we’ve combed the human genome. The theory, which Klar’s team has backed with a predictive model of dominant and recessive traits that would make Gregor Mendel proud, even explains the fact that monozygotic twins don’t always share the same handedness. This might seem to be an argument against genetic inheritance, but what Klar and several other respected geneticists have proposed is that this theoretical gene carries two alleles, a dominant one that orders up right-handedness and a recessive one. Someone who inherits a pair of recessive alleles has a 50-50 chance of going either way. More than a decade after he started looking for that elusive gene, Klar hasn’t found it yet, but he’s still holding out hope.

As an alternative to an exclusively genetic cause of handedness, a different line of thinking suggests that left-handed individuals experienced some neurological insult, or damage, during development or delivery that affected the way their brains are wired. Marshaling evidence for “the insult theory,” some people have pointed to studies that found a correlation between children who are born premature and left-handedness. A Swedish meta-analysis found an almost twofold increase in left-handed children who were born premature. Discovering more of the biology behind handedness, tracing it to genetics, exposures, or both, could give us a lot more knowledge than simply whether we should line up our kids on the left or right side of the tee-ball batter’s box. That’s because left-handedness has also been associated with higher rates of dyslexia, schizophrenia, attention deficit hyperactivity disorder, some mood disorders, and, as we’ve discussed, even cancer. Indeed, adding handedness into the mix has helped Danish researchers identify which children who had symptoms of ADHD at the age of eight (when, let’s face it, just about every kid is a little bit on the rambunctious side) would still have it at the age of 16. Scientists still have a long way to go to understand why we prefer one hand and foot over the other—whether because of genes or because of environment or, as is often the case in biology, some combination of both. But the fascinating thing about handedness is that it opens a window onto the workings of our brains themselves. The laterality of our table manners or our tennis swings can help researchers understand how our brains are wired and what factors contribute to create each individual’s distinctive biology. Now that’s something both sides can get behind. 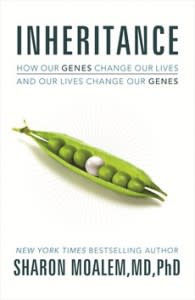