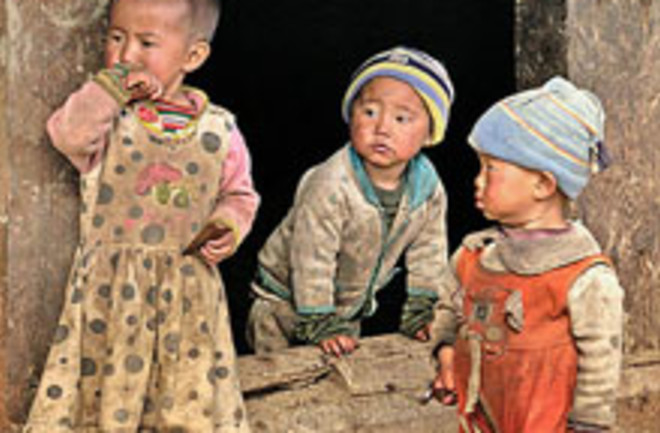 China has an incredibly high suicide rate —44 percent of the world’s suicides occur there. In 2007, China Daily reported that more suicides were happening in rural areas than urban ones, which is the opposite of the trend in other countries. Now, scientists believe they’ve found the reason why: Exposure to agricultural pesticides increases the number of suicidal thoughts a person has. China still uses agricultural pesticides, or organophosphates, even though they’ve been banned in Western countries because of their known toxicity when ingested and the adverse mental health problems caused by long-term exposure. Researchers from Tongde Hospital Zhejiang Province and King’s College London studied residents of central and coastal China and found the "first epidemiological evidence to suggest possible effects [of pesticides] on suicidal thoughts." Leading the study, psychiatrist Robert Stewart took a survey of nearly ten thousand rural Chinese residents to find out how they stored pesticides. People who kept their pesticides in the house were more likely to think suicidal thoughts. Also supporting this casual link: The areas that reported higher numbers of home pesticide storage had a higher suicide thought rate overall. Physorg reports:

Dr Robert Stewart comments: 'Organophosphate pesticides are widely used around the world although are banned in many countries because of their risk to health. They are particularly lethal chemicals when taken in overdose and are a cause of many suicides worldwide. Our research findings that suggest that higher exposure to these chemicals might actually increase the risk of suicidal thoughts provides further support for calls for tighter international restrictions on agricultural pesticide availability and use.'

With suicide being the leading cause of death in people ages 15 to 34, public health officials should think about ways to minimize exposure to the pesticides—like making it mandatory to keep them out of the house. Related Content: 80beats: 1/3 of China's Yellow River Not Even Fit For Industrial Use DISCOVER: The FDA Tackles Tainted Drugs From China