People with wider faces have a higher sex drive. 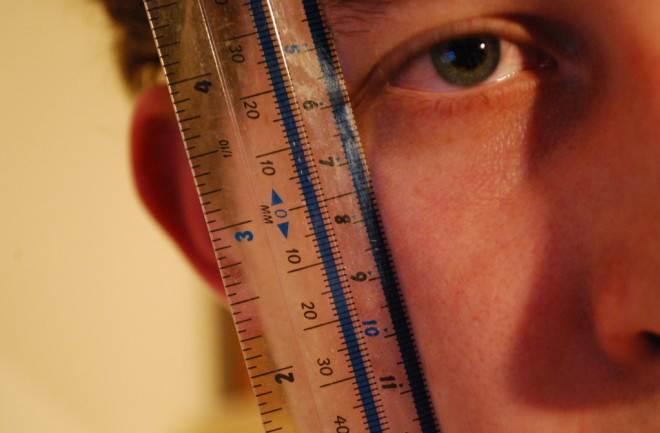 Here's another addition to the list of things that you can guess from a quick look at someone's face, which includes whether a gay man is a "top" or "bottom" and whether a criminal will get the death penalty. Here, researchers found that people with a higher facial width-to-height ratio (i.e., a face that is wider than it is tall) tend to have a higher sex drive, and (for men) are more likely to be unfaithful. Like the aforementioned facial associations, this one relates to testosterone levels - higher testosterone levels equal wider faces. So the next time you go on a date, you might want to bring your ruler...trust us, it will be worth it.

The Facial Width-to-Height Ratio Predicts Sex Drive, Sociosexuality, and Intended Infidelity "Previous research has linked the facial width-to-height ratio (FWHR) to a host of psychological and behavioral characteristics, primarily in men. In two studies, we examined novel links between FWHR and sex drive. In Study 1, a sample of 145 undergraduate students revealed that FWHR positively predicted sex drive. There were no significant FWHR × sex interactions, suggesting that FWHR is linked to sexuality among both men and women. Study 2 replicated and extended these findings in a sample of 314 students collected from a different Canadian city, which again demonstrated links between the FWHR and sex drive (also in both men and women), as well as sociosexuality and intended infidelity (men only). Internal meta-analytic results confirm the link between FWHR and sex drive among both men and women. These results suggest that FWHR may be an important morphological index of human sexuality." Related content: A convict’s face could determine whether he gets the death penaltyFlashback Friday: Drinking alcohol actually makes your face more attractive.Which matters more for attractiveness: a woman’s face or body?