Some phone apps claim to help users avoid hormonal birth control and take charge of their reproductive health, but they have been criticized for a lack of efficacy and transparency. 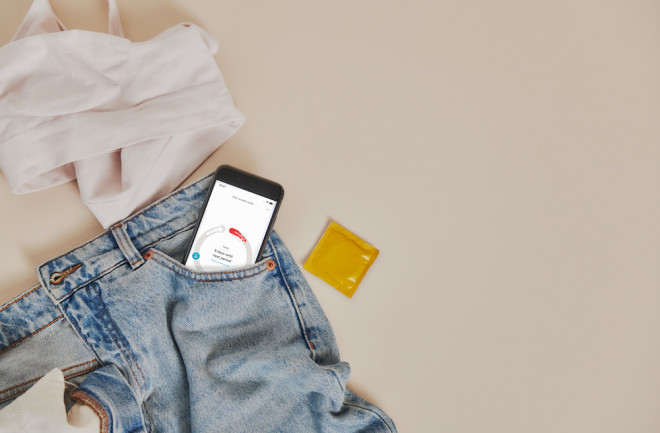 This story is the first in a two-part series about digital birth control. Read part 2 here.

After decades of stagnant birth control research, users are demanding more convenient and safer options — particularly given the potential risks, such as breast cancer, depression and even changes in brain function, associated with hormonal methods.

For a small proportion of U.S. women, fertility awareness methods (FAMs) provide a hormone-free alternative and involve meticulous tracking of one’s fertile window, which is the number of days within the menstrual cycle in which a person can become pregnant. This can be determined via measurements such as basal (at-rest) body temperature, cervical mucus patterns and the luteinizing hormone (LH) levels in urine. During the fertile window, FAM practitioners commonly rely on withdrawal or barrier methods such as condoms to avoid pregnancy.

While they were long considered relatively obscure and were commonly associated with religious populations, FAMs now reach a far broader audience via cell phone apps. Over 100 such apps exist, and they have been downloaded more than 200 million times. More broadly, a whole host of women’s health apps are advertised to track periods and plan or prevent pregnancy, and often claim to empower users with detailed information on their reproductive health.

In fact, the slight uptick in the use of FAMs over approximately the past 15 years might have been influenced by dissatisfaction with conventional birth control methods, says Rachel Peragallo Urrutia, an OB-GYN at the University of North Carolina School of Medicine. Urrutia has evaluated the effectiveness of various FAMs to prevent pregnancy (and she receives part of her salary from a health care company that promotes these techniques, but she is not involved with any app companies).

“I think more people are looking for their own information about their health and wanting to have more say and involvement in decisions around their health," she says. "They’re doing their research."

In 2018, Natural Cycles became the first mobile medical app cleared by the FDA to be marketed as a contraceptive method. It incorporates users’ basal temperature readings, which users are advised to take every morning, into its algorithm to identify days in which unprotected sex is most likely to result in pregnancy.

This controversial precedent arrived amid allegations that the FDA has compromised its standards and leaned into industry lobbying when assessing medical devices. The agency allowed the Clue app, which had previously offered period tracking services, to be advertised as birth control in 2021. The latter received a slightly different format of clearance.

Unlike Natural Cycles, Clue’s contraceptive feature relies purely on statistical analysis of period start dates from users, along with other data from previous studies, to pinpoint days associated with pregnancy risk — without requesting temperature checks. The company claims a distinct advantage over other fertility awareness techniques that require meticulous user labor.

FAMs can vary widely in effectiveness, depending on the specific technique, and calculations from the digital contraceptive apps place them on the higher end. Natural Cycles raised doubts when a Swedish hospital observed that 37 of the 668 women who sought an abortion between September and December 2017 had used the app for birth control. But the number of pregnancies still aligns with the app’s disclosed efficacy rate.

But some researchers have questioned whether the industry-funded studies that generate these percentages for digital contraception provide a clear enough picture of their efficacy, particularly since they’re based on observational studies rather than the more rigorous trials associated with FDA-approved birth control methods.

Clue’s contraceptive algorithm was originally developed and later evaluated by independent researchers, but the 2019 European Journal of Contraception & Reproductive Health Care study was based on merely 718 people compared to the thousands of subjects assessed by Natural Cycles.

People looking to avoid pregnancy with the help of technology may also encounter several apps that haven’t even been specifically studied or approved for that purpose, Urrutia found.

What's more, menstruation tracking apps don’t typically publish enough specifics behind their proprietary algorithms for us to truly understand how well they work, or allow outside scientists to plug in data for further analysis. This is indicative of a broader tech industry concern.

“It may be worth pressing on the issue of how not sharing the algorithm might be especially harmful in this case, as compared to other circumstances when proprietary algorithms are not shared,” says Marielle Gross, a bioethicist and OB-GYN at the University of Pittsburgh Medical Center who has researched the monetization of menstrual app data.

Natural Cycles told Discover that the company worked closely with the FDA to confirm its efficacy claims, is audited annually to receive the CE safety marking in Europe, and regularly tracks and follows up with unintended pregnancies. But outside of Natural Cycles staff, only regulators can explore the algorithm in detail. Clue confirmed the same for its algorithm.

Ultimately, it isn’t clear how often human versus app error can explain accidental pregnancies. Certain mistakes could stem from the method itself, for example, when algorithms mistakenly tell users they’re clear to have unprotected sex during the fertile window. Natural Cycles does publicize how their algorithm fails around 0.5 percent of the time. And body temperature can be affected by events like alcohol consumption, illness, and a lack of sleep, the company recognizes, though they say the algorithm can exclude temperature in those situations.

Another prevalent concern: Contraceptive apps may not work for people whose cycles deviate from the standard length, Gross says. Factors associated with irregular cycles include stress, polycystic ovary syndrome and ​​endometriosis.

Clue does warn that it can only be used by certain populations, including women between 18 and 45 years old and those with recent cycles between 20 and 40 days. But the FDA deemed Natural Cycles as appropriate for people with irregular periods, and the company says that this subset of users may be told to use protection on a higher proportion of days to account for a potential shift in ovulation timing (which is confirmed by temperature data).

The Natural Cycle algorithm also incorporates users’ cycle shifts from abortions, miscarriages and relevant lifestyle factors, a company spokesperson says. “We have studied fertility and cycle effects due to smoking and BMI, but have not seen significant impact and the algorithm thus handles these cases from the get-go."

Moving forward, Natural Cycles plans to incorporate readings from the Oura ring, a device originally intended to track sleep and physical activity, that measures heart rate and body temperature. It could provide users with additional non-fertile days, Natural Cycles claims — but this conclusion was based on just 40 subjects. The FDA cleared the add-on last summer.

This piece has been updated after clarifications from the Natural Cycles and Clue teams.