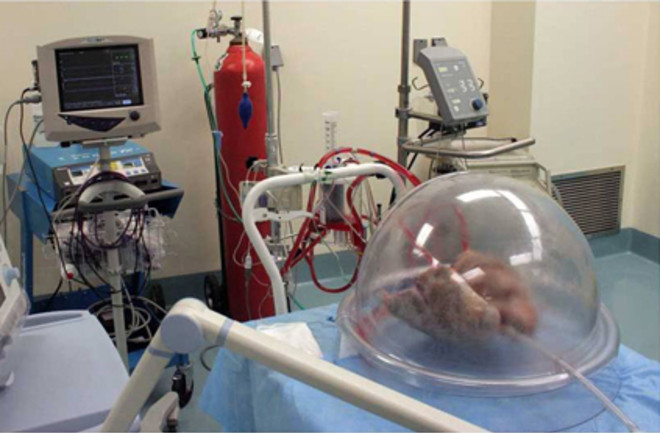 Emphysema and cystic fibrosis patients who need new lungs are faced with a life-threatening problem: more than 80 percent of donated lungs can’t be used—they’re inflamed and barely functional [Scientific American].

Transplanted lungs also fail at a much higher rate than other transplanted organs, as they're more likely to be rejected by the recipient's body. But a new procedure that makes use of gene therapy may soon double or triple the supply of undamaged donated lungs, and may also improve their function once transplanted. In both pre- and post-transplant lungs, the problem is

inflammation caused by insufficient amounts of an immune molecule called IL-10. Donated lungs are immediately chilled on ice, which destroys any IL-10 that may remain in the lungs, allowing substantial damage to occur before the organ can be implanted. And a lack of the molecule after transplantation increases the likelihood that inflammation will damage the organ and induce rejection [Los Angeles Times].

To get around these problems, the researchers first built a domed chamber where pig lungs were kept at body temperature with a steady flow of oxygen and nutrients moving through them. That arrangement alone prevented substantial damage to the lungs. Next, in the gene therapy stage, the researchers used a harmless virus to bring a gene that produces IL-10 into the lung cells. Lead researcher Shaf Keshavjee explains that the

lungs that received the therapy had better blood flow and were more able to take in oxygen and expel carbon dioxide, the study showed. “It’s as if gene therapy turbocharges each individual cell to manufacture many more proteins in its own IL-10 factory,” Keshavjee said [Bloomberg].

The lungs also performed better and were better tolerated by the pigs who received the transplants, according to the study published in Science Translational Medicine. The researchers also tried the first parts of the procedure on donated human lungs that were too damaged to transplant. The human lungs showed the same improvements in blood flow and respiration, suggesting that the therapy could repair lungs that would otherwise have been discarded, and could therefore increase the stock of available organs.

The human lungs weren't transplanted into sick patients, but if Keshavjee's experiments continue to go well human trials could begin in about a year. While questions about gene therapy remain--in some cases, the viral vectors used to transport genes have been found to cause serious side effects--the new approach has the potential to be a breath of fresh air. Related Content: 80beats: Doctors Work Towards Womb Transplants–But Are They Ethical? 80beats: China May Stop Harvesting Organs From Executed Prisoners 80beats: Making Pig Stem Cells Raises the Possibility of Animal Organ Donors DISCOVER: The Second Coming of Gene TherapyImage: Science / AAAS