The fit young man in the ER had seizures, then stopped breathing. What's wrong with his brain is a complete mystery — until his friends admit what really happened last night. 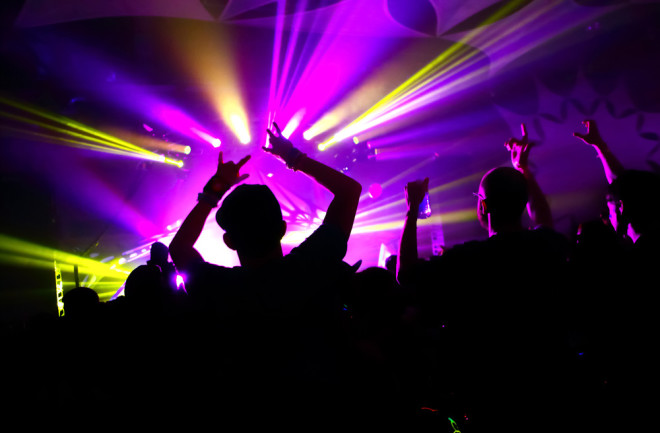 The woman burst through the emergency room doors shouting: “Where’s my son?”

“Over here,” I blurted, startled by her entrance. Short and wiry, she flew past the paramedics to her motionless, well-built 25-year-old son, Doug. Then, turning to me, she rose on the balls of her feet and hissed, “I told those doctors he needed an MRI!”

“Does he have epilepsy, ma’am?” I asked carefully. “Any type of seizure disorder?”

“He did this once before,” she continued, as if not listening. “Those idiots upstate couldn’t tell me what was wrong. Three months ago he had this … event. Same as today. They told us to see a neurologist. But the damn insurance company wouldn’t approve the MRI.”

Trying to take control of the situation, I pulled aside the lead paramedic. “Tell me again—why did you intubate him?”

“He was comatose,” the burly man in the blue uniform said. “Didn’t respond to Narcan,” an antidote to overdoses of opiates, like heroin. “Then he started seizing.”

“Hard to tell,” the paramedic replied, wiping his forehead. “Jerking his arms back and forth, not breathing well. We decided not to wait, so we sedated him—that stopped the seizures—and then we put the tube in.”

Comatose patients have a tendency to vomit stomach contents into their lungs. A cuffed breathing tube prevents that. “Sounds reasonable,” I said. “And when the family called 911, what exactly did they say?”

“Mom found him in bed, couldn’t wake him up.”

The young man on the gurney looked utterly peaceful—except for the plastic breathing tube arcing out of his mouth. I turned back to the mother and asked, “Did he have a CAT scan that first time?”

She smirked. “It came out normal.”

A young woman came over to where we were standing. “I’m the sister,” she said.

Seeing a new opportunity for information, I asked, “Any drugs that you know of? Medications?”

Mother and daughter’s heads both shook an emphatic no. “He’s a good boy. No drinking, no craziness,” Mom cut in.

“He had some friends over last night. They hung out upstairs,” the sister added. “Maybe a few beers. Nothing more.”

The young man’s physical exam offered no clues. His vital signs were perfect; his pupils were small but reacted well to light; his arms and legs barely moved when pinched, but they had good tone, not the flaccid splay of paralysis. I went down the differential diagnosis. Drug overdose? That would have been detected three months earlier, the first time this happened. Brain bleed or meningitis? Obviously these were the nastiest contenders, but my alarm bells weren’t going off; coma aside, Doug looked too good. Persistent seizures? He lay inert as a statue (although it is possible for a brain to have epileptic electrical activity yet no visible muscle contractions).

The best clue I had was that this event was a repeat. But a repeat of what? Relapsing encephalitis? Narcolepsy? A degenerative neuronal disorder? A new form of mad cow disease? I envisioned the answer buried in some thick tome titled Neurological Disorders You Can’t Even Imagine.

Doug’s mother grabbed my arm. “What is wrong with him?” she pleaded, tears now welling up.

A CAT scan showed nothing (again). minutes later, Doug started thrashing and breathing quickly, as if the breathing tube were gagging him. Good sign. Was he waking up? I deflated the cuff and pulled the tube. Coughing until he turned red, he tried to sit up, popped his eyes open, then fell back. Abruptly he resumed breathing very quickly, stopped for a full minute, then revved up again.

“Is that Cheyne-Stokes breathing?” the nurse asked me. This ragged, stop-and-start breathing pattern—so distinctive it has its own eponym—indicates a malfunction in the brain stem’s breathing center. I had seen it most recently in a patient with lupus-induced brain inflammation. He had died.

The toxicology screen came back clean: No alcohol, no Valium, no cocaine. And the rest of Doug’s blood work was stone-cold normal. Stumped, I phoned a member of the intensive care team. “Twenty-five-year-old man,” I began. “Unexplained coma, maybe seizures. Might need a spinal tap. On the positive side, neck’s supple, no fever, no white count. Either way, he needs to be in the icu.”

“OK,” the junior resident said. “But please call our attending. She has to approve.”

Two minutes later I had the attending on the phone. “Sara here.”

“Sorry to sound so vague,” I said, then recapped the story.

Silence on the other end. Finally she asked, “Is this kid on GHB?”

“Family denies drugs,” I said, instantly hearing how weak that sounded. “Idiot!” I thought to myself. “I’ll call you back,” I answered aloud. I wanted to slam down the receiver.

I cornered mom and sister. “Sorry, but we have to know this: Did Doug do GHB last night?”

Mom did a double take: “What?” But a look flitted across the sister’s face.

Gamma hydroxybutyrate—commonly called G, liquid ecstasy, Georgia homeboy, or cherry meth—is to rave parties of the new millennium what cocaine was to Wall Street in the 1980s. A natural brain neurotransmitter, GHB is a stimulant in small doses. Take an extra hit and it is said to bring on a warm, dreamy feeling, with some sexual arousal thrown in for good measure. As a recreational drug, it enhances the hypnotic, techno-music-driven, quivering state that defines rave parties.

The catch? At higher concentrations GHB binds to the GABA brain receptors, just as Valium does. This interaction produces GHB’s signature effect: lights out, like walking into a Mike Tyson uppercut. Worse, GHB’s dose effect is wildly unpredictable. A tad too much and you can go from life of the party to 911 emergency. (GHB was used as an anesthetic in the 1960s but was discontinued precisely because dosing was so touchy.) Little wonder that it has become a leading cause of drug-induced coma and ranks second among all illegal drugs in requiring emergency consultations. Throw in alcohol—which competes for the same liver enzymes that metabolize GHB—and the duration and severity of the drug’s effects zoom off the charts.

Side effects of GHB overdose run the gamut from vomiting, muscle spasms, and seizures to slow heart rate and cardiac arrest. Since its rise in popularity in the 1990s, GHB has killed hundreds. And it is highly addictive: Some abusers need a hit every two hours. Withdrawal after chronic use is particularly nasty. Delirium and life-threatening agitation can flare for weeks after GHB is stopped.

GHB has also gained notoriety as the “date-rape drug.” An odorless, colorless liquid easily masked by a cocktail, it is quickly metabolized and not detectable in routine blood and urine tests. A specialized lab might pick it up, but only by analyzing an immediately obtained urine sample. GHB doesn’t even have to knock a victim out. At a sub-ko dose it can induce amnesia, arousal, and a passive, compliant state of mind.

The sister returned. “The friends ’fessed up,” she said with a brisk, grim nod. “They did some GHB last night.”

I called Sara back. “Bingo. And thanks for turning my brain back on. That ‘second episode’ malarkey had me going.”

“You’re welcome,” she replied graciously. “My husband’s a cop. He’s seen a lot of it lately.”

I turned back to the family. The fight with the insurance company over getting an MRI? The kid watching his mom go to the mat for him—for a lie? Then doing it all over again?

I raised my eyebrows at the sister. Her gaze went opaque. Who knew what went on here? I wondered.

The good news was that Doug didn’t display any signs of chronic GHB use, and once this dose of the drug was out of his system, he would be none the worse for wear.

“He should wake up in a few hours,” I reassured his mother. “He’ll be ok.”

“No he won’t,” she muttered, her voice fierce again.