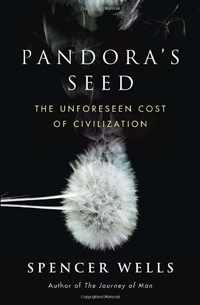 The cockroach as we know it has been around for ~140 million years. That's a rather long run. The evolutionary design of the cockroach seems to be well suited to avoiding obsolescence; it's withstood the test of time. I suspect that the particular example of the roach is often used to illustrate the blindness of evolution because of its lack of aesthetic alignment with the the values of modern humanity. Unlike the elegant wasp or the industrious bee the cockroach seems to have few redeeming characteristics on first blush. The Hutus referred to the Tutsis as cockroaches before and during the Rwanda genocide of 1994. And yet the roach succeeds, it breeds, and it flourishes. Some of the same class of issues pertain to our own species. What we feel to be edifying, to be aesthetically pleasing, may not comport with the final judgement of history, of evolution. The narrative of man ascending which has become so popular since the Enlightenment turns out to present us with some problems when one realizes that our species seems to have regressed on particularly transparent metrics such as height and cranial capacity since the last Ice Age. But the prevailing wisdom of the ancients that we descend from an Edenic Golden Age also does not seem to necessarily comport with the record at hand either. Just as the past is cloudier than we once perceived it to be, so the future often looks muddled from the perspective of the present. How did man come to be? What should we be? And why should we be? These are a combination of positive and normative questions, and Spencer Wells tackles them in his newest book, Pandora's Seed: The Unforeseen Cost of Civilization. Wells is a relatively prominent public intellectual. He came to the fore in the early aughts with his book The Journey of Man: A Genetic Odyssey, which was made into a documentary of the same name, and led to Wells heading National Geographic's Genographic Project. A geneticist by training the history of the human species has always been one of his passions, and that topic has become the current focus of his career. But while The Journey of Man was a historically inflected work of genetics, Pandora's Seed is a scientifically inflected work of history; political, social, and economic. There are broad family similarities to Jared Diamond's Guns, Germs, and Steel, but Pandora's Seed is both more tightly written and broader in scope. Wells describes the past, posits some tentative predictions about the future, assesses the present, and questions whether we need to reclaim a firmer and clearer grasp of the aims of the well lived life. 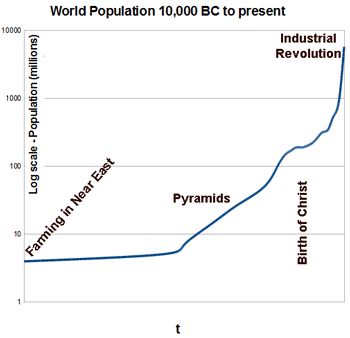 The first third of the book is focused on the Neolithic Revolution. Or perhaps more accurately the agricultural innovation. In its broad outlines I agree with Wells' thesis that the transition to an agricultural lifestyle resulted in greater morbidity because of the shift away from a diversified diet to one based on grains. With the judicious use of charts and illustrations Pandora's Seed outlines how pre-agricultural sedentarists of the post-Ice Age Natufian culture had to adopt the conscious planting and harvesting of grain due to a change in their environment. That change was the exogenous shock of the Younger Dryas, which saw a reversion back to dryer and colder conditions. The model of adaptation in the face of inclement conditions is persuasive precisely because it so human. In extreme circumstances human populations set in their ways must abandon tried & true traditions which are found wanting and explore the space of possibilities so as to maintain their viability. This ingenuity in the face of resource exhaustion or scarcity has occurredmanytimes in human history. The critical factor distinguishing the present from the past is not the reality of innovation itself, but the rate of innovation. But at this point I must enter into the record a major caveat, and even object to the veracity, of the story which unfolds in Pandora's Seed. I will quote the section which raised my eyebrows in full:

...As the land dried out, the wild grain retreated from the lowlands, remaining only in the higher mountain valleys, where it could get enough water. The Natufians had to travel farther and farther from their lowland settlements to gather enough to survive. This would have put tremendous pressure on food supply, and probably esulted in an increased mortality rate in these people accustomed to a land of plenty. It was humanity's first real encounter with Thomas Malthus's conjecture that popualtion growth will eventually produce more people than can be supproted by the availalble food supply. 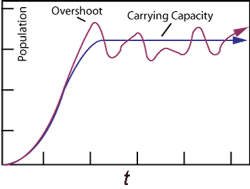 Spencer Wells has a doctorate in biology, and great breadth of knowledge. So perhaps there is some detail or nuance I'm missing here, but the fact is that all organisms are subject to Malthusian laws except in the transient state of resource surplus. The term "carrying capacity" is one which one learns in introductory biology courses for a reason. The hunter-gatherers no doubt pushed up against their carrying capacity. I am aware of arguments that weaning and infanticide constrained hunter-gatherer populations, but even granting such forethought would not abolish the vicissitudes of exogenous disruptions in climate and ecosystem. Even the most culturally anti-natalist tribe would at some point be faced with a situation where circumstances outside of their control would leave the adults above the Malthusian limit of their local territory. Wells argues that for much of human history we were expanding in a transient. But this does not negate the broader point that animals generally move up to the carrying capacity of the local ecosystem rather quickly because of the nature of natural increase. In the course of history exogenous shocks generally produce periodic culls of the herd. Spencer Wells implicitly endorses this reality by his tacit support for the Toba catastrophe theory. Many of the other arguments which implicitly argue for the superiority of the hunter-gatherer mode of production over the agricultural one are somewhat tendentious, but in those cases Wells usually presents the "other side." For example he is skeptical from what I can tell of the idea of widespread organized war among hunter-gatherers, but he grants evidence of relatively high mortality rates due to conflicts of a more limited scale, but still significant when judged against the small sizes of the ancient bands. The main big picture reality seems to be that hunter-gatherers were generalists with few material goods. The world of The Gods Must Be Crazy was no utopia, but it illustrated how physical objects of value and scarcity could introduce conflict and tension, above and beyond the mundane realities of human existence (also see The Pearl). 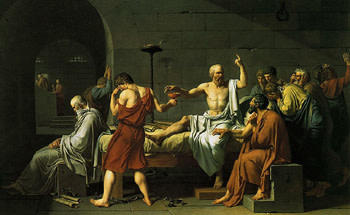 Much of the second half of Pandora's Seed leaps forward from the Stone Age to the present, and attempts to grapple with the reality that many of our competencies are not much advanced over that of the hunter-gatherer despite the fact that we are embedded in a world of extreme sophistication and specialization. I'm reminded of the old 1990s hit Mo Money, Mo Problems. Over the past 10,000 years our species has ascended up an irreversible ratchet of population density, complexification of society, and specialization of labor. And for what? In some ways Pandora's Seed presents a profoundly pessimistic case, and verges on being a 21st century update of the idealizations of the Romantics of savage peoples who lived in enchanted worlds without worry. The title of the book seems justified. But then he asks a real question: why? Why to be, as opposed to not to be? With the rise of mass agricultural society such questions were answered definitively by philosopher shamans. At least in their own minds. In China they were called Sages, in India Rishis, and in the West the philosophers, prophets, and Church Fathers. The names may have differed, but this specialized caste spoke and wrote, and the otherrentiercastes listened and gave nominal fealty to the theories propounded. Over the last few centuries this old world of certainty has collapsed, and a cacophony of voices have arisen, over which looms an operational nihilism. The consumer society which is the apotheosis of "development" is characterized by an all-you-can-eat buffet of gadgets, sensations, and social signalers. Even the religious philosophies which theoretically stood opposed to this sort of gluttony have in part been absorbed or co-opted. Spencer Wells does not come to any conclusion that I can see to resolve this existential Gordian Knot. But a serious conversation needs to be started amongst those of us who no longer bow to the gods, the cosmos, or the ancients.

It must be remembered that in some versions of the myth of Pandora hope remains within the jar which she opened.