Out of the agricultural hearths

Dienekes has an important post up, The womb of nations: how West Eurasians came to be. He outlines a scenario where a rapid expansion of a farming population has overlain much of Western Eurasia, atop aboriginal substrata. A few years ago you'd have laughed at such a model, mostly due to the authority of archaeologists and phylogeographers relying on mtDNA lineage distributions. No longer. This is not necessarily an orthodoxy, and the details of the model vary, but here is my verbal rendering of the simplest scenario: 1) ~50 thousand years hybridization between Eurasian hominins and "Out of Africa" 2) ~40-10 thousand years before the present, crystallization of the Paleolithic order of human population structure, derived from groups seeded in the original migration 3) ~10 thousand to a few thousand years before the present, the Paleolithic order is replaced and assimilated by farmers expanding from a few hearths Below the fold is a stylized tree representation of what I have in mind. 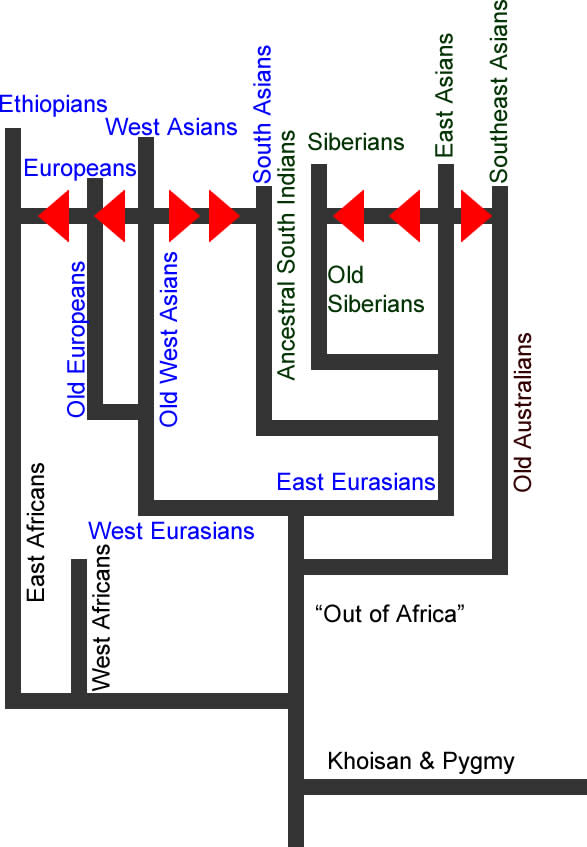