In humans, the sense of smell takes a back seat to hearing and vision. But some of us are better at smelling than others. 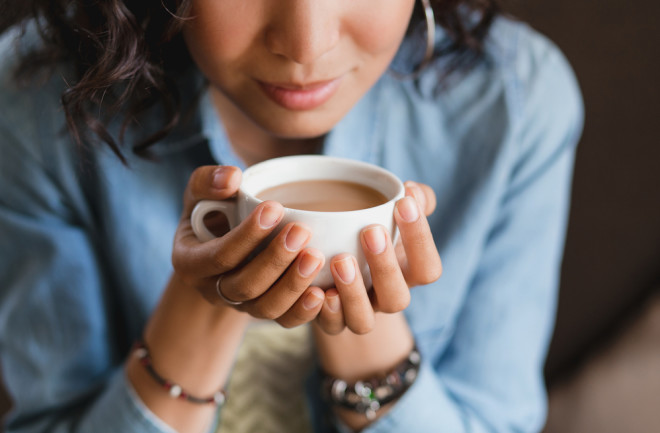 What happens when you take a reassuring whiff of your morning coffee or recoil in horror when you sniff the cream and realize it’s gone bad?

Your nose is loaded with special cells called "olfactory sensory neurons," and each of these neurons has one (and only one) odor receptor. When many molecules in the air around you stimulates one of these odor receptors, it sends a message directly to the brain, explains Justin Turner, otolaryngologist and director of the Smell and Taste Center at Vanderbilt University.

Then your brain quickly identifies the scent and says, "Ah yes, that’s spoiled milk; put it down now!"

But despite the occasional spoiled milk or gas leak, modern humans don’t depend too much on smell to find food or to take care of other living necessities, explains Turner. That’s likely why our sense of smell isn’t as keen as many other animals.

That doesn’t mean we can’t depend on it, however.

There is a great deal of variability in normal olfactory acuity, says Turner. And most of that comes down to genetics (women typically have higher smell acuity than men) or anatomy, such as a deviated septum. Temporary conditions (inflamed sinuses, for example) can dampen your sense of smell. In addition, smell acuity lessens as we age.

Some people, however, are super smellers. Hyperosmia is a rare condition in which the sense of smell is super-charged. Because it’s so rare, scientists don’t know much about the condition. Some illnesses, such as migraines, are associated with hyperosmia.

While some of us are better smellers than others, most of us are better at it than we might realize. In a 2017 review of the literature, John McGann found that humans are about as average as mammals when it comes to the sense of smell.

Humans can follow a scent trail with an ability that might give bloodhounds pause, describes McGann in an interview with the journal Science about this paper. McGann is a neuroscientist who studies how the brain processes sensory input. (Here is an entertaining video of the experiment.)

Still, most of us could probably do better in the day-to-day use of our sense of smell. Lacking some pathology or abnormal structure, much of our ability to smell comes down to habit and practice.

Turner and the other doctors at Vanderbilt’s Smell and Taste Center use this fact to help people who’ve lost their sense of smell due to COVID-19, or some other reason. The method is called olfactory retraining. The patient sniffs different scents or odors a couple of times a day for several months.

"The idea here is that you’re constantly stimulating those olfactory neurons and stimulating the brain and its processing power," explains Turner.

Even if you haven’t lost your sense of smell, you can use a similar technique to improve it. In other words, practice. "A good example is a fragrance expert," says Turner. "These people get paid lots of money to identify fragrances and identify pleasurable smells that will go well together. To be able to do this, they practice, sometimes for years."

If you want a better sense of smell, the next time you stop to smell the roses, pay attention.

More From Discover
Mind
Your Navigation Skills Depend on Where You Grew Up
Health
How Our Sense of Taste Evolves and Adapts
Health
Grappling With the Science of Touch-Based Healing Practices
Planet Earth
Hundreds of Molecules Explain the “Taste” and “Smell” of Coral Reefs
Health
Why More People Are Becoming Nearsighted
The Sciences
Smells Are Going Extinct, So Researchers Are Working to Preserve Them
Recommendations From Our Store
My Science ShopDiscover STEM Kits
My Science ShopDiscover 2022 Calendar
My Science ShopStrange Science
My Science ShopElements Flashcards
Shop Now
Stay Curious
Join
Our List