Much of our genome has no apparent purpose. Is it so-called “junk DNA” or do we simply not understand it? 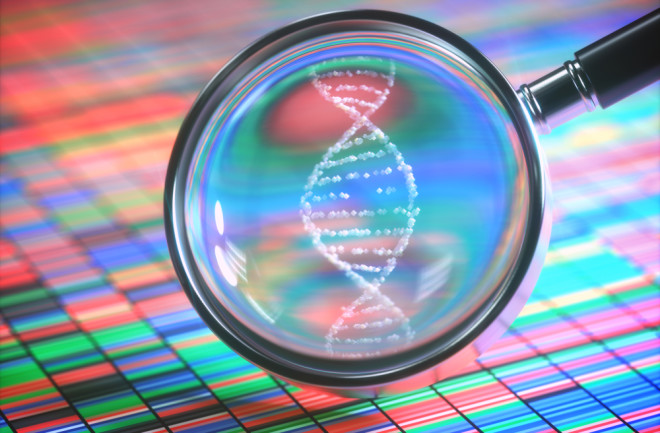 Much of our genome has no apparent purpose. Is it so-called “junk DNA” or do we simply not understand it? (Credit: ktsdesign/Shutterstock)

Would you purchase a book with over 98 percent of the text written in gibberish? Biology has no business in the book industry, yet it still writes a pretty fascinating guidebook: DNA. Our genetic manual holds the instructions for the proteins that make up and power our bodies. But less than 2 percent of our DNA actually codes for them.

The rest — 98.5 percent of DNA sequences — is so-called “junk DNA” that scientists long thought useless. The non-protein-coding stretches looked like gibberish sentences in a book draft — useless, perhaps forgotten, writing. But new research is revealing that the “junky” parts of our genome might play important roles nonetheless.

Nature has a peculiar way of writing. Our genetic script uses only four letters: A, G, C, and T. Long combinations of these letters make up our genes, which inform the construction of proteins. But the protein-making process is not as straightforward as reading a cooking recipe. Before putting proteins together, DNA gets transcribed into threads of RNA that are chopped and reassembled into smaller pieces.

During the chopping, the non-coding stretches — the junk — are discarded, meaning they never even get used to make proteins. Why nature carries so much seemingly unnecessary material in its guidebook is a question that researchers continue to ponder. The most logical explanation is that this “junk DNA” might not be so useless after all.

Functions for the Useless

Nearly a decade after the completion of the Human Genome Project, which gave us the first full read of our genetic script at the start of the century, a team of over 400 scientists released what they called the Encyclopedia of DNA Elements, or ENCODE for short. The international collaboration explored the function of every letter in the genome. The results of the massive undertaking called for a reassessment of junk DNA. Though less than two percent of the genome makes proteins, around 80 percent carries out some sort of function.

What fell into ENCODE’s definition of functionality was pretty broad, however. Any “biochemical activity” was fair game — getting transcribed into RNA, even if chopped later in the process, qualified sequences as functional. But many of the “junk” sections do have important roles, including regulating how DNA is transcribed and translated from there into proteins. If protein-coding sequences are the notes of a symphony, then some of the non-coding sequences act like the conductor, influencing the pace and repetitions of the masterpiece.

But not every bit of junk DNA might have a functional use. In a study published in Molecular Biology of the Cell in 2008, scientists cleaned junk DNA from yeast’s genome. For particular genes, they got rid of introns — the sections that get chopped away after DNA transcription. They reported the intron removal had no significant consequences for the cells under laboratory conditions, supporting the notion that they don’t have any function.

But studies published in Nature this year argued otherwise. When food is scarce, researchers found these sequences are essential for yeast survival. The usefulness of these introns might depend on the context, these studies argue — still a far cry from being junk.

Other research advances in the last decade also suggest “junk DNA” might just be misunderstood genetic material. Scientists have now linked various non-coding sequences to various biological processes and even human diseases. For instance, researchers believe these sequences are behind the development of the uterus and also of our opposable thumbs. A study published in Annals of Oncology last year showed that a non-coding DNA segment acts like a volume knob for gene expression, ultimately influencing the development of breast and prostate cancer. And a study in Nature Genetics this year found mutations outside of gene-coding regions can cause autism.

Exploring the role of non-coding sequences is now an area of intense research. Increasing evidence suggests these noncoding sequences might help cancer defeat treatment, and experts now see them as promising tools for cancer diagnosis.

Despite the number of functions now ascribed to junk DNA, some researchers still believe most of the genetic code is useless. Dan Graur, an evolutionary biologist at the University of Houston, thinks at least 75 percent of it has no function.

To come up with the number, Graur used mathematical modeling to determine how much DNA could possibly be useful. He considered the frequency of deleterious mutations — harmful changes or breaks to the double helix — our genome acquires over time, along with fertility rates. Because those mutations can be lethal, Graur estimates in a 2017 paper in Genome Biology and Evolution that no more than a quarter of our genetic code can be functional — any more and we would accumulate deadly mutations at an unsustainable rate.

Questions and much debate remain around junk DNA. If Graur is right, a vast portion of it might just be scratch pages that protect the useful stuff from mutations. But that’s not so shabby for a junky material, is it?