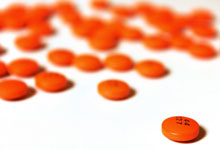 A drug called Truvada seems to be able to prevent HIV infection from taking hold in the body when taken regularly. The once-a-day pill combines two anti-retroviral drugs, and was found to reduce new HIV infections in a study of 2,500 gay men. But there are two big issues: compliance and cost. In the study, which was published in the New England Journal of Medicine, men who took the pill were 44 percent less likely to contract the disease than those on placebo. But when the researchers looked only at the men who took the pill faithfully, the number jumped to 90 percent.

“These results represent a major advance in HIV-prevention research,” says physician Kevin Fenton of the Centers for Disease Control and Prevention in Atlanta. “For the first time, we have evidence that a daily pill used to treat HIV is partially effective for preventing HIV among gay and bisexual men at high risk of infection.” Fenton cautions, however, that the results don’t warrant abandoning other proven prevention techniques. [Science News]

While the results are certainly promising, it remains to be seen if at-risk people would take a pill every day.

[M]any men in the study failed to take all their pills, and some clearly lied about it. For example, some who claimed to take them 90 percent of the time had little or no drug in their bloodstreams. Although the pills caused no major side effects in the study, some men disliked the relatively minor ones, like nausea and headaches. [New York Times]

Truvada is already available by prescription in most countries, as one of the many anti-retroviral drugs used in HIV treatment cocktails. It is made by Gilead Sciences

suggests that daily preventative pills could be more cost effective than lifetime care for AIDS patients. Some doctors already prescribe Truvada for use as a prophylactic and more are likely to start, though health officials and researchers recommend waiting for additional studies.

"It's vital that we expand the ways we can prevent HIV transmission, particularly amongst those most at risk," [Sir Nick Partridge of the Terrence Higgins Trust] said in a statement. "This trial proves that HIV treatment will have an impact on prevention, but that it's not ready for widespread use yet. Three major hurdles are still going to be its cost, the risks of drug-resistant strains of HIV developing and taking a drug treatment every day." [BBC News]

There are still many unknowns: researchers worry that users might feel too protected and stop using condoms; the drug might not be as effective with women and heterosexual men; the drug could have toxic effects when taken continually. Further studies will probe these questions. But since most experts advocate a multi-pronged approach to fighting the HIV epidemic, the use of anti-retrovirals as prophylactics may well find a role. Related Content: 80beats: New HIV Hope? Researchers Find Natural Antibodies That Thwart the Virus

Not Exactly Rocket Science: Genetic study shows how HIV controllers get their groove