Oil-eating bacteria have started to clean the Deepwater Horizon spill 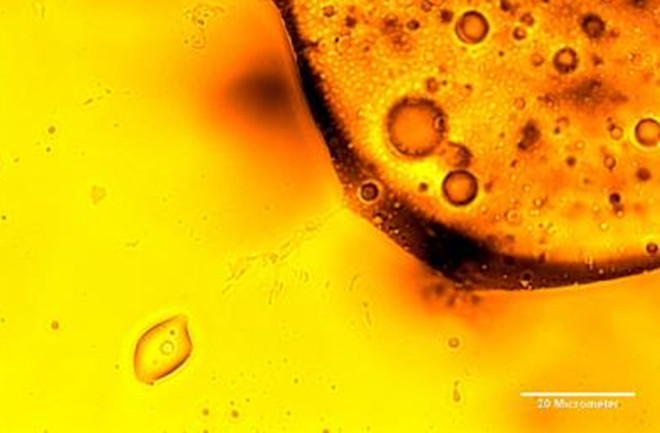 In the Gulf of Mexico, nature’s janitors are hard at work, mopping up the aftermath of a man-made disaster. On 20 April, 2010, an explosion at the Deepwater Horizon rig unleashed the largest oil spill in US history. Now, a team of American scientists led by Terry Hazen have shown that just a month or so after the incident, a microscopic clean-up crew had already started to digest the mess.

The ocean is home to many groups of bacteria that can break down the chemicals found in crude oil. Some, like Alcanivorax, are oil-eating specialists that are usually found in low numbers, only to bloom when oil spills provide them with a sudden banquet. That’s exactly what has happened in the Gulf of Mexico. Hazen has found that these oil-eaters have swelled in number in the contaminated waters.

Just last week, Richard Camilli from the Woods Hole Oceanographic Institution confirmed that after the explosion, a deep plume of oil the size of Manhattan had persisted for several months in the Gulf of Mexico. Camilli also found that oxygen levels near the plume had remained relatively stable. On the bright side, this was good news for local ocean life for a lack of oxygen would create inhospitable dead zones. But it also suggested that bacteria weren’t breaking down the plume as hoped; if they were, you’d expect to see a fall in oxygen levels.

This evidence was, of course, indirect. Hazen’s team actually looked for oil-eating bacteria themselves rather than just signs of their presence, and their report is more optimistic. Using two ships, they collected samples of water near the broken well between 25 May and 2 June. They discovered the same deep-sea oil plume that Camilli did, around 1,100 metres below the surface, and they found that oxygen levels inside the plume were slightly lower than those outside it. But more importantly, they also found twice as many bacteria within the oily cloud.

Sixteen groups of bacteria were enriched within the plume, particularly the Oceanospirillales (a group that includes Alcanivorax who we’ve already met). All sixteen groups have members that can digest the hydrocarbons in oil and can do so in very cold environments where most bacteria would grind to a halt. These plume bacteria were genetically distinct from those outside and no factor except the presence of oil – not temperature or salinity or pressure – could account for this split.

This separation suggested that the microbes of the Gulf had already started to respond to the spill, and their genes sealed the case. Hazen detected the presence of over 1,600 genes involved in breaking down oil, many of which were much more active within the plume. And the worse the contamination, the more active these genes were.

Hazens’ results suggest that the deep ocean has its own janitorial crew that is standing by to mop up the threat of oil contamination. These bacteria have had millennia to practice their art, as oil frequently leaks from natural seeps in the area. They have also evolved to tolerate chilly temperatures, for the depths where the plume exists are at a frosty 5 degrees Celsius. These microscopic cleaners could play a big role in deciding the ultimate fate of the Deepwater Horizon spill.

Hazen estimated that the bacteria were breaking up the oil hydrocarbons faster than they would naturally degrade. Their job might be easier because the plume is relatively dispersed, so the oil particles are smaller and easier to break down. Indeed, Hazen says, “The deep plume has not been detectable for the last 2-3 weeks.  It went away fairly rapidly after the well was capped beginning July 12, 2010.”

Nonetheless, there is no room for complacency. Effective though the bacteria are, the oil contains some components that they simply won’t be able to break down and the sheer scale of the spill cannot be taken lightly. As Camilli says, "The long-term ecological implications... remain uncertain and I don't think anyone could rightly argue that dumping 4.1 million barrels of oil into the Gulf of Mexico was ecologically beneficial."

Reference: Science http://dx.doi.org/10.1126/science.1195979 (To my knowledge, this paper will only be publicly available on Thursday)

For more on the Deepwater Horizon spill, follow David Biello’s excellent reporting at Scientific American and the unstoppable bloggers at Deep Sea News.