Note to self: if you eat enough red food coloring, your sweat turns red. 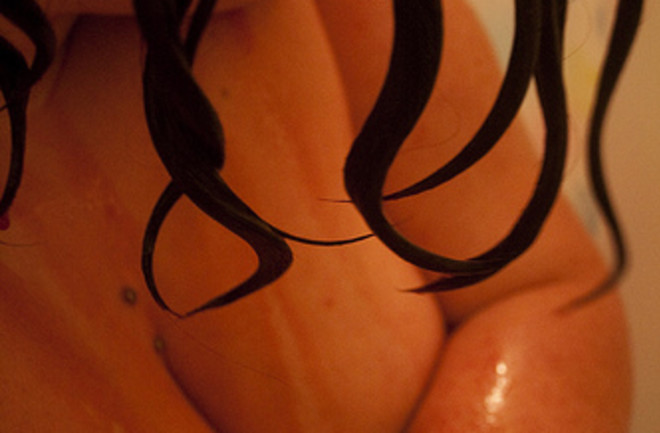 Photo: flickr/me and the sysop(It's Red Hot Science Week here at Seriously, Science? All week long we will be featuring science that focuses on the color red.)The patient described in this case report (which we featured a few years back) sought out medical attention because her sweat was turning red. It turned out that the color change was due to the up to 5 POUNDS of tomato-flavored "Nik Naks" she was eating each week. Apparently, her body was absorbing dye from the red-colored crunchy corn-based snack food and releasing enough of it in her sweat to stain her lingerie pink (see the figure after the jump). Yikes! The case of the red lingerie - chromhidrosis revisited. "Chromhidrosis or the production of coloured sweat is a rare clinical finding. A 26-year-old female presented with marked pink staining of her uniform and lingerie. Extractions of clothing, skin surface samples, eccrine sebum, urine and a fast food product were spectrophotometrically analysed to identify the pink staining pigment. Three water-soluble colouring agents have been identified. An eccrine route of excretion probably produced chromhidrosis. An overview is presented." Bonus quote from the full text: "A healthy 26-year-old nursing sister consulted our department with continuous pink to bright red staining of her white uniform following an 8- to 10-hour workday. This affliction has been noticeable for some 5 months after her annual leave. She had an uneventful previous medical history and denied taking any drugs, health foods or vitamin supplements in the 6 months prior to her consultation... A follow-up in-depth history produced confirmation of a 6-month fetish for a specific brand of tomato-flavoured prepacked fast foods. The patient admitted indulging in 500–2,500 g/week [1.1-5.5 pounds] over an extended period...It would therefore seem that a pink lipid- and water-soluble agent obtained from prepacked food was being excreted via the renal and integumental systems." Bonus figure:

Fig. 1. The patient’s underclothing with pinkish discoloration in the elastic band regions.